EnglishClub : ESL Magazine : Even Criminals are Addicted to Facebook 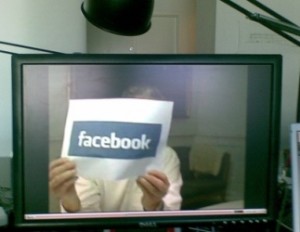 Everybody loves “dumb criminal” stories. Catching them on camera is nothing new. Some criminals don’t even need to be caught in the act. They leave evidence as they stop to make themselves a sandwich or phone a friend. Some even leave personal items at the crime scene such as a wallet or set of keys.

Criminals often get themselves in trouble when they take their time in the homes they rob. This month a man from Pennsylvania allegedly broke into a home and stole some jewelry. Before making his escape he took a moment to check his Facebook status. When the home owner returned and found she had been robbed, she couldn’t help but notice that her computer had been tampered with. Fortunately, the thief had forgotten to log out of his Facebook page. This made life easy for the police investigator. A neighbour recognized the thief’s profile picture and the police caught up with the thief in no time.

Here are few English expressions to describe this criminal:

This is not the first time Facebook has been instrumental in catching a criminal. In recent months thieves around the world have been caught bragging about their crimes on Facebook. They have even uploaded photos and videos to prove their own guilt. The moral of the story is…(you finish the sentence)

Written by Tara Benwell for EnglishClub | September 2009
Tara Benwell is a Canadian freelance writer and editor who specializes in materials and articles for the ELT industry.