Does the World need More Seasons? 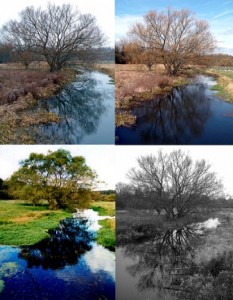 According to a BBC report this month, an Australian scientist thinks that his country should give up the age old system of having 4 seasons. Tim Entwisle thinks Australia should have 5 or more seasons. He believes that seasons such as “sprummer” and “sprinter” would suit Australia’s climate.

In some parts of Canada, it feels more like “sprall” right now. While Torontonians typically experience hot, humid summers, this season has been much cooler than average and few people have bothered with sprinklers and air conditioners. On the other hand, people on the west coast of Canada are experiencing record heat waves. To Vancouverites, who may not even own fans, this season could almost be dubbed “simmer”. Vancouver also experienced an uncharacteristically snowy winter last year, giving Olympic athletes hope that the 2010 Olympics might not require artificial snow.

While this past year in Canada may seem out of character, it does put the typical seasons in question. Does your country have 4 seasons where you live? Do the terms Winter, Spring, Summer, Fall still apply?

Let’s Talk About it
Please share your thoughts about the question above in the comment section. Here are some more questions to think about and discuss.

1. If you could rename the seasons, what would you call them and why?
2. Which is your favourite season? Why do you like it the best?
3. If you could invent the perfect season what would the weather be like?

Written by Tara Benwell for EnglishClub | August 2009
Tara Benwell is a Canadian freelance writer and editor who specializes in materials and articles for the ELT industry.