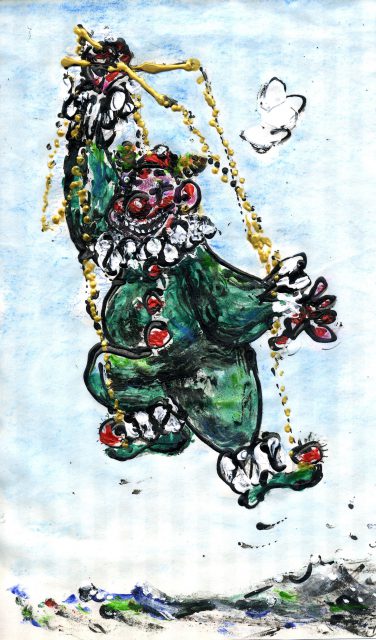 Marionette (from the French meaning little Mary): We all function sometimes like marionettes—under the control of a marionettist. Depicted: emancipated marionette—free from control, free from bondage, free from any influence—just free—on its own…

marionette (noun): puppet controlled by strings
function (verb): work, operate
marionettist (noun): a puppeteer who controls a marionette
emancipate (verb): set free
emancipated (adjective): free from legal, social or political restrictions; liberated
bondage (noun): the state of being a slave; the state of no freedom
influence (noun): the power to change someone’s character or behaviour
By Josef Essberger for EnglishClub October 2017
Josef started teaching English as a foreign language in 1991 and founded EnglishClub for learners and teachers in 1997.