The surprise winners of the 2015–16 Premier League in the UK were Leicester City Football Club. A surprise, that is, to all except Buddhist monk Phra Prommangkalachan who predicted it, despite Leicester City’s 5000-1 odds of winning at the start of the season. 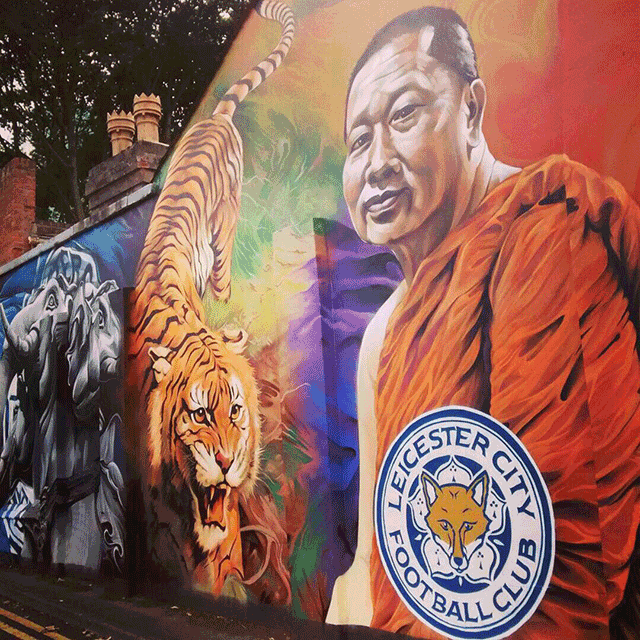 mural (noun): a painting on a wall
predict (verb): say in advance; foretell; prophesy
5000-1 odds: chances of winning (in betting, with a bet of £1 you would win £5000 if you bet right)
prior (noun): assistant abbott
By Josef Essberger for EnglishClub November 2016
Josef started teaching English as a foreign language in 1991 and founded EnglishClub for learners and teachers in 1997.