As thousands of people from the war-torn regions of the Middle-East (Syria, Iraq…) and North Africa (Libya…) cross the Mediterranean Sea to seek safety in Europe, the European media and politicians struggle to avoid using the term refugees and instead label them migrants. But what’s the difference? 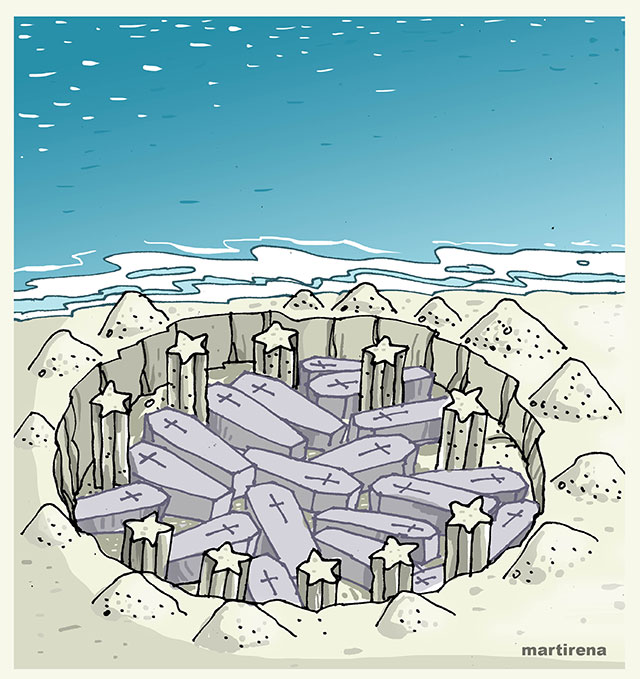 Birds migrate. The verb migrate simply means to move from one region to another. In the case of birds it is to find a suitable habitat (living space) according to the season. In the case of humans, it is usually to find work or better living conditions. A person who migrates is called a migrant. It therefore suits European politicians—many of whom, together with their NATO cronies, were largely responsible for causing the chaos in Iraq, Libya and Syria—to label those seeking shelter in Europe “migrants”.

A refuge is a shelter or safe place. A refugee is a person who has been forced to escape war, natural disaster, persecution etc to find refuge. The word comes from the French réfugié meaning “gone in search of refuge”. There are international laws governing countries’ responsibilities towards refugees so again it suits the perpetrators of the crisis not to label people escaping to Europe as refugees.

Why Al Jazeera will not say Mediterranean “migrants”

By Josef Essberger for EnglishClub September 2015
Josef started teaching English as a foreign language in 1991 and founded EnglishClub for learners and teachers in 1997.