Nothing New in Fake News 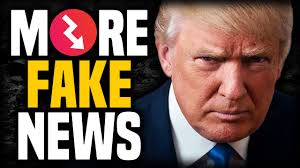 Thus does dictionary publisher Collins define the term fake news, which they have named as Word of the Year for 2017.

Popularized more by President Donald Trump of the USA than by anyone else, fake news has been used 365% more in 2017 according to Collins. And indeed President Trump has made commenting about Fake News on Twitter something of a hobby.

But despite all the attention that fake news is getting these days, it is nothing new. Fake news has been a weapon of war among other things for millennia, perhaps ever since Mankind first learned to lie.

Still, listing fake news as Word of the Year in 2017 serves a useful promotional purpose for Collins; and other publishers also serve up words of the year for their own commercial reasons (often abbreviating Word of the Year as WOTY or WotY).

The term fake news has not yet been added to Lake Superior State University’s List of Words Banished from the Queen’s English for Mis-use, Over-use and General Uselessness — though it quite possibly will be since many WotY’s end up there.

By Josef Essberger for EnglishClub November 2017
Josef started teaching English as a foreign language in 1991 and founded EnglishClub for learners and teachers in 1997.