EnglishClub > Joe's Cafe > Vocabulary > How many ‘scales’ can you see here?

How many ‘scales’ can you see here? 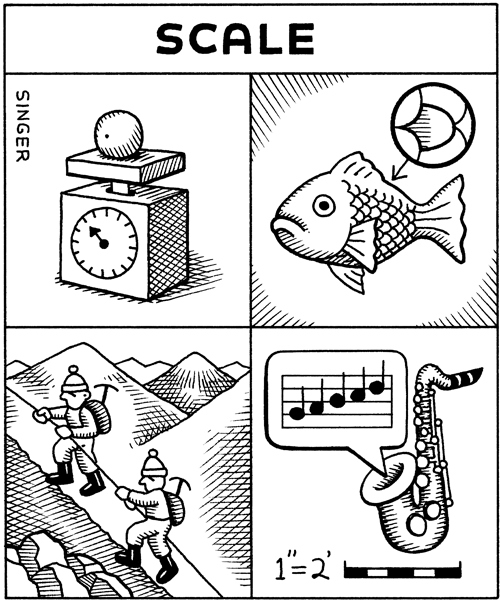 How many uses of the word “scale” do you see above? Can you write one sentence for each in the comment box below?

By Josef Essberger for EnglishClub July 2012
Josef started teaching English as a foreign language in 1991 and founded EnglishClub for learners and teachers in 1997.