EnglishClub > Joe's Cafe > Vocabulary > How many waves do you know?

How many waves do you know? 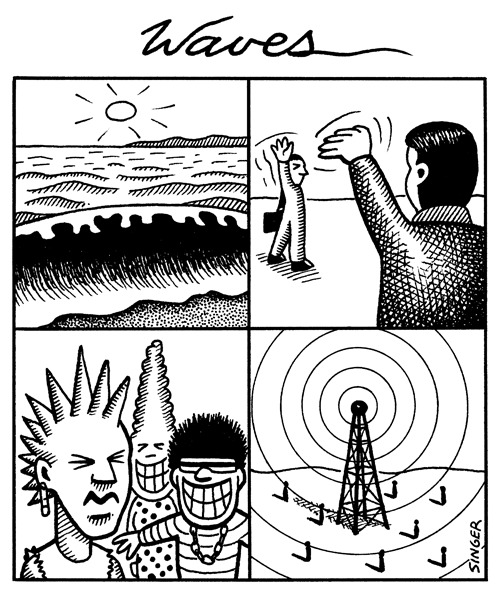 Can you make one sentence for each of the four kinds of waves shown in the illustration? Use the comment box below to write your sentences.