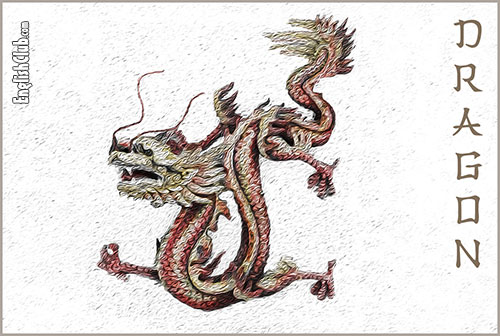 Compatible with:
Monkey and Snake

The Dragon is the fifth symbol of the Chinese Zodiac and is believed to have good luck. Due to the good fortune they bring, it is every parent’s dream come true to have a child born in the Year of the Dragon. Unlike in the Western world where the dragon is a creature to be feared, the Chinese dragon is honoured for its power. Those born in the Year of the Dragon offer guidance and wisdom. They excel at public speaking. Dragons can achieve whatever they set out to do. They burn the candle at both ends and almost always win their battles. Dragons are not careful with their money because they don’t fear poverty. If they lose all of their money, they quickly win it back. According to the Dragon, there are no rules in life.

Wordchecker
conceited (adjective): too proud of one’s self
quick-tempered (adjective): gets angry or upset quickly
guidance (noun): the act of helping another person find the right way
burn the candle at both ends (verb): to stay up late and get up early
poverty (noun): the state of not having enough money to live comfortably