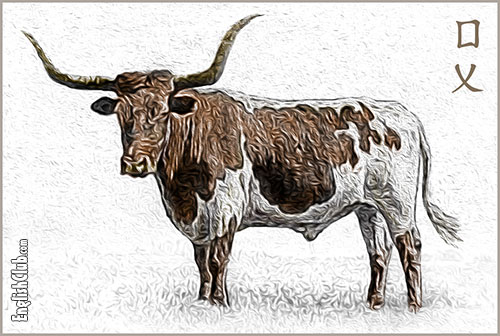 Compatible with:
Rat and Rooster

The Ox represents the second position in the Chinese Zodiac. Oxen are hard workers and good listeners. When you make friends with an Ox, expect your friendship to last long-term. Oxen are strong, healthy people who tend to live long lives. Unlike the Rat that comes before them, they enjoy routine. Like the Rat, they prefer to work solo. They make good painters, carpenters, and archaeologists. Oxen have trouble saying no to overtime work. They don’t have trouble turning down social invites. The Ox is happier puttering around at home. Comfort is more important than luxury to an Ox. They can’t stand laziness in others. When the Ox is annoyed you will know it. He is quick-tempered and often considered a poor communicator.

Wordchecker
dedicated (adjective): works hard to focus on something
stubborn (adjective): refuses to change one’s mind even when one is wrong
solo (adjective): by one’s self
carpenter (noun): a person who builds and designs with wood
archaeologist (noun): one who recovers and studies remains (eg. bones)
putter (verb): to do odd jobs and errands; to be unable to sit still