Accessible Currency for the Blind 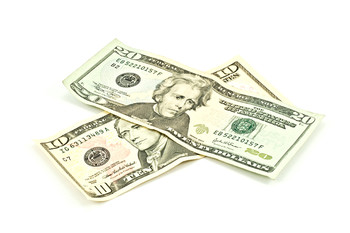 Accessible Currency for the Blind

Discussion Questions: Some visually impaired Americans say that they are denied jobs because they can’t distinguish between the different denominations of US currency. Is this a form of discrimination? Who is to blame, employers or the government?

Accessible Currency for the Blind
Many countries have currency that is accessible for the visually impaired. In Australia and India, bills of different denominations are made in different sizes and colours. In Canada, the face side of a bill has raised dots in the top right corner. The Japanese yen also features tactile marks for the blind. The US is the only country with banknotes with the same size and colour (predominantly green) for all denominations. Some visually impaired Americans rely on a folding system to identify bills. Others use different sections in a wallet. These systems are not ideal as they require visually impaired individuals to depend on and trust others. The US has been slow to make changes to its banknotes since a 2008 court ruling that demanded accessible currency for all Americans. The federal government is now offering a free currency reader for visually impaired Americans. Tactile features will be added to the next US $10 note, which will also feature a female (2020).