The Great Fire Of London Had Few Recorded Casualties 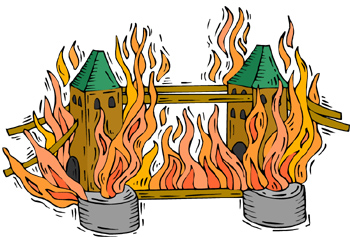 The Great Fire Of London Had Few Recorded Casualties

Discussion Questions: After a major accident or disaster, the first question people often ask is, “What’s the death toll?” In terms of record keeping, how have things changed since the 1600s in developed countries such as England?

The Great Fire Of London Had Few Recorded Casualties
In 1666, the Great Fire of London burnt for five days, devastating England’s capital. Thousands of buildings and structures were destroyed, including homes, churches, and community halls. The fire started in a bakery, and quickly spread across the narrow streets and closely built wooden structures. The official death toll from the fire was only six people. Many historians believe that this number did not account for hundreds or even thousands of low or middle class Londoners who likely burnt beyond recognition. Stone and brick were used to rebuild the city.