EnglishClub > Podcasts > Interesting Facts > The Evolution Of The Military Salute

The Evolution Of The Military Salute 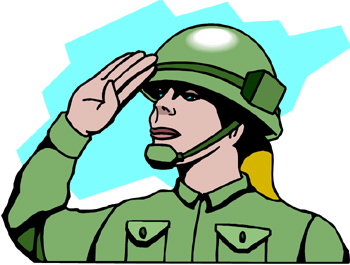 The Evolution Of The Military Salute

Discussion Question: Do you think world leaders should receive and return military salutes? Why or why not?

The Evolution Of The Military Salute
The military salute is a sign of respect between military personnel. In the Middle Ages, knights opened their visors to show their faces to each other. Knights used their right hand to show they weren’t hiding a weapon beneath their cape. Over time this gesture evolved and became a sign of respect in the military. Junior soldiers removed their hats in respect to higher ranking officers. In the late 19th century, Queen Victoria decided that it was inappropriate for military personnel to remove their hats and complex headgear. At this time, British soldiers began touching the brim of their headgear rather than removing it entirely to salute. This gradually became the accepted salute in a variety of militaries. Tradition calls for the lower-ranked personnel to salute first. The person who initiates the salute does not lower his or her arm until the salute is returned. Military courtesy continues to evolve. In the US, veterans and plain-clothed serviceman are now permitted to salute the US flag as uniformed personnel do. This can also be done by placing one’s hat over one’s heart. Civilians are not supposed to use the military salute, though many children enjoy standing at attention and offering a military salute when a soldier passes by. Civilians who salute military personnel usually receive a wave in return.