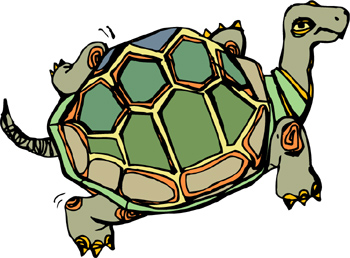 Discussion Questions: Do you agree that all tortoises are turtles, while not all turtles are tortoises? Why or why not?

Tortoises And Turtles
Many people are confused by the words tortoise and turtle. This is partly due to regional differences. In British English, turtles and tortoises are two different hard-shelled, egg-laying reptiles. The main difference is their habitat. Turtles live mainly in the water while tortoises live mainly on land. Turtles have a streamlined shell that is ideal for gliding in the water. Turtles also have webbed feet. Tortoises, on the other hand, are not good swimmers. They have dome-shaped shells and sturdy limbs for walking and digging on land. Just as turtles leave the water to bask in the sun or burrow in the mud, tortoises enter the water to clean themselves. Terrapins are tortoise-like turtles that live in the water and on land. To add to the confusion, in some North American regions, the word turtle is used for all three of these reptiles, while in Australia some use the word tortoise for freshwater turtles and turtle for sea turtles.