EnglishClub > Podcasts > Signs of the Zodiac > Libra the Scales 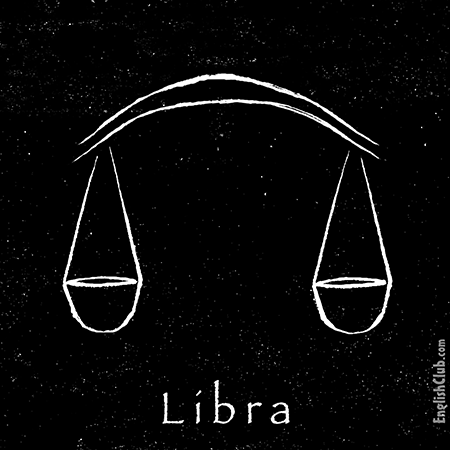 Libra is the 7th sign of the zodiac. Some people say it’s the best sign to be born under. Unlike the other signs that are represented by living creatures, Libra is represented by the Scales. The Scales symbolize balance, and Libras are well-balanced people who believe in fairness. They are team players in everything they do, and are often the peacekeepers in families or workplaces. At parties and get-togethers, Libras know how to charm people. They are attracted to beautiful people and love socializing. They can also become bored easily. When faced with a tough decision, Libras often sit on the fence. They don’t like to blame anyone. Bankers are often Libras because Libras are good at dealing with money. However, Libras are not good at saying no. Their own finances can suffer because they always say yes to invitations and opportunities.

Wordchecker
charming (adjective): good at pleasing or attracting others
indecisive (adjective): unable to make up one’s mind
careless (adjective): not paying enough attention to detail
get-together (noun): informal gathering of people
sit on the fence (verb): to not come to a decision

Next Zodiac: Scorpio the Scorpion