Alex Case
Ways to make sure craft activities develop students’ English ability as much as their artistic skills. 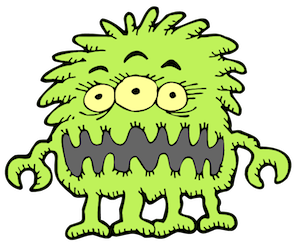 Arts and crafts have become such a standard part of EFL young learner classes that people rarely need to justify their use. When they do it tends to be with reasons you’d also hear in education generally like “It calms the kids down”, “The kids love it”, “They need a sit-down activity”, “The parents like to have something to look at”, “It’s more fun than bookwork”, “It suits some of the kids more than games” and even “It uses up loads of class time” or “It gives me a breather”. It is not just those last two that make me suspicious of craftwork as it goes on it most EFL classrooms, as none of the phrases mention language learning and it is surely that that should be our primary aim. All those other things are relevant, though, especially in classes with reluctant kids, discipline problems, or pressurising parents. Crafts are also useful for adding a CLIL component to our classes. I am therefore in no way suggesting scrapping craft activities. Instead, we should:

Things you can add to a craft activity include:

The grammar, vocabulary and functional language could be that being presented on that day, or could be other useful language such as classroom objects (“scissors”, “glue stick”, etc) and requests.

You can add that language and skills practice:

Adding language before the craftwork

More and more young learner textbooks assume or even suggest than most classroom instructions are given in L1, but I have never found this necessary even with very young beginners. Given the emphasis on language I have mentioned above, if you can’t explain an activity in English, simply do something you can explain instead! Alternatively, there is no reason you shouldn’t pre-teach for instructions (e.g. teaching the words “scissors” and “turn over your paper” with flashcards) in the same way as you would pre-teach language for a reading, speaking or listening task. You could also practise phrases they are likely to need to understand or say during the activity such as “Can I have…, please?”

If you are giving spoken instructions, you obviously want to make sure the students are listening and understand, both for language learning purposes and so that they do what they should once the craftwork starts. The simplest way of doing this is probably to get them to mime the actions you will expect them to do for real later, e.g. by pretending their fingers are scissors. You could also get them making one example of the craftwork as a class before putting them in groups to do it again with their own ideas. With some effort, you can also set up more TEFLy things for them to do such as put pictures of the actions in order as they are listening to the instructions.

To practise a range of skills and/or improve the chances that they understand the instructions, you can also elicit the instructions instead of giving them, or give written instructions for them to read. In the latter case you can give them some tasks to show comprehension of the instructions before you start the craft activity.

Adding language during the craftwork

The easiest way of adding language practice during the craftwork is to give instructions step-by-step rather than all at the beginning. If you have given them all the instructions before the activity, you can elicit from them what they have to do at the next stage.

You can also set the activity up so that they need to speak at each stage to get it done, e.g. keeping all the colouring pencils and other craftwork material to yourself so that students have to ask for it at each stage. Students can also be encouraged to speak English as they ask each other to lend things but most of the real communication will inevitably be with the teacher or in whole-class stages, and the activity needs to be designed with this in mind. Alternatively, a student could take the teacher’s role of giving out pencils as they are asked for etc, or the activity could just be done as a whole class. Suitable phrases for making sure everyone gets involved in whole-class activities include “Do you want to use a triangle or a circle (for its nose)?”, “How many legs shall we add?” and “I want you to make different things each. Who wants to make a…?/Hands up and tell me what you want to make”.

If students can write (or at least read and copy), it can be helpful to have a general rule that they write everything before they draw or make it, e.g. having to write “It has twelve heads” before they are allowed to draw that on their monster.

Adding language after the craftwork

A more complex activity is for them to describe their finished art or craftwork without showing it for another student or group to try to reproduce (like a “picture dictation”). If you plan very carefully, you could also get them doing a pairwork communication game such as a picture difference activity with the work they have produced.