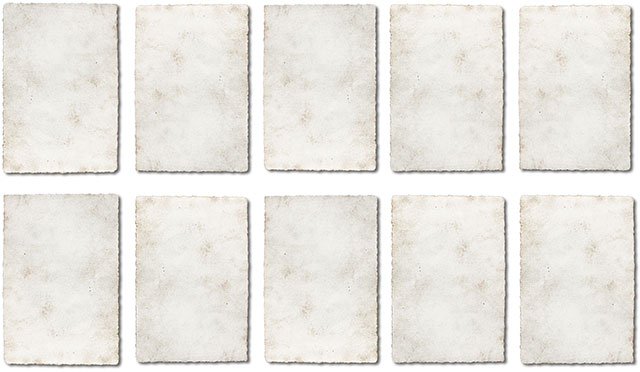 If you’re like me, and have had the experience of being in a homogeneous classroom of kids who are eager to play English games (Japan in my case), you have also probably witnessed students too excited and absorbed in the “play” aspect to focus on actually using the target English they’re supposed to be working on. It’s a problem to be sure, but who can blame them? After all, they speak the same language anyway, so why bother with the English part when they can have fun without it?

Never fear. There is a way to overcome this inherent “flaw” in what would be an otherwise great English game, and it’s a lot simpler than you might think. All it takes is a bit of creativity on your part. Years ago, I came up with a concept which I dubbed “English Enforcers”, and once I tried them out, and saw how well they worked, I never made another game without one. The difference in the amount of English produced was astounding.

Simply put, an English Enforcer (EE) is a rule in a game, nothing more. However, this rule has a few key elements to it to really tie English to the game. First and foremost is that it must involve a penalty of some sort. Note that I say “penalty”, not “punishment”. It could be something like losing a point, having to start over, losing a turn, etc. It should be set up in such a way that seems as natural as possible, given the theme of the game. The possibilities are only limited by your own creativity and the game you are playing. Just make sure that it only imposes a setback to the student, not an outright game loss or exclusion. The second element is that the EE rule must be connected to their English usage, the idea being that a failure to use the target English will result in the aforementioned penalty.

That’s it. There’s really nothing else to it. As simple as this is though, a great deal of teachers (my old-self included), just operate under the assumption that all of their students will use the target English while playing the game. As an example, I would often play shinkei suijaku (often called concentration or memory in English) using cards with animal pictures on them, and would say something like, “okay everyone, when you flip over a card, you have to say what the animal is in English!”

In a perfect world I’m sure that would have worked, but the reality is that while some students may follow those directions, not all students have an intrinsic motivation to learn English, and many will just bypass the English altogether. So where is the motivation to use English for them? If someone says a word in their native language, or nothing at all, then so what? They can still play the game, they can still have fun, and the use of English becomes completely superfluous.

A much better way would have been to modify the rules like this: “Before you flip over a card, you have to say what you think it is in English! However if you forget to say the animal’s name, or say the wrong one, the animal runs away and your turn ends!” So here, we have framed the game so that saying the animal’s name is necessary to “catch” it.

You would be amazed at how well this works. Just this simple addition of a penalty (loss of a turn) will have the students actually monitoring each other’s English! I have found that young children tend to be quite competitive, and are familiar with such penalties from board games and other places (the “chutes” in “Chutes and Ladders” is a prime example). They know well enough that another player’s loss is their gain, and so they will watch for chances to take the lead by pointing out any and all violations of the “English” rule. In some cases, I have even witnessed students helping one another recall words in order to meet the EE rule’s requirement. Now, not only are they using the target English, but they’re also monitoring one another, making your job that much easier.

As one more concrete example of an English Enforcer, here is an activity I often used when some type of question/answer pairing was the target. The game is called “King of the Pyramid”. In this game, there is 1 “king” on the top tier of the pyramid at the front of the class. In front of him, in the next tier down, 2 “princes”. Finally, each prince has 2 “knights” on the 3rd tier (4 knights total). More tiers can be added as needed as class size increases. These students are seated at desks arranged in a pyramid shape, while the rest of the students line up in short ques behind each of the lowest-tier pyramid members. The first student in line approaches the student sitting in front of him or her, who then asks the student the target question. A response is given, and if it is appropriate, they play rock-paper-scissors. If the standing student wins, they may pass to the next tier up where the same thing occurs. If they lose, they “fall” off the pyramid and must start from the bottom again. The goal is to defeat each tier, and finally the king, at which point they become the new king and all the princes and knights are cycled out for new ones.

I impose two EE rules in this game. The first is that if a pyramid member forgets to ask the English question before initiating rock-paper-scissors, the other member automatically wins (penalty), and may proceed to the next tier for free. The second rule is for the pyramid climbers; if they don’t answer in English or answer incorrectly, they are immediately “defeated” and sent to the bottom of the pyramid (penalty).

At this point I feel like I should address a concern that I have been asked about before regarding competitiveness, students who “lose”, and hurt feelings. I will not claim that students will never have their feelings hurt, every child is different, and some are more sensitive than others. However in all my experience, such situations are rare, and never any worse than what you’d find on the playground or in other classes (they are children, after all). That said, such situations can be mitigated a great deal and in some cases prevented altogether by proper game design.

Note that not all games need to have a clear “winner” at the end for EEs to be effective, nor should they. King of the Pyramid is never-ending, with new kings and pyramid members constantly changing until game time runs out. Nonetheless the penalty can still be felt as a “loss” of sorts, be it a loss of time, or a loss of pride in failing to protect the king. In whatever game you make, you should never highlight the winners or losers. Awarding prizes may incite negative feelings depending on the age group, and singling out the losers should be absolutely avoided. Instead, the end of a game should constitute a change of something, a change of partners, a change of position, etc., followed by another try. Make your games short and cyclical rather than long and drawn-out with only one winner. For more about game design, a short article by Matt Errey might be useful to you.

English games are without a doubt wonderful for young kids, being both exciting and motivating. However being as young as they are, it is easy for them to avoid or dismiss the learning experience altogether if they find it cumbersome to the fun of the game. Using English Enforcers in the rules structure helps ensure that their energy stays focused on what it needs to be, making the target language and the game inseparable.

Written by Jason Sturgeon for EnglishClub
Jason Sturgeon holds an M.A. in TESOL from Anaheim University and has worked in both public and private schools in Japan, teaching all levels since 2006. He now works at Health Science University.