These pages from the EnglishClub English for Work series cover language often needed by staff working for international airlines. 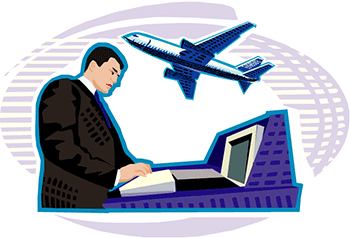 Getting airline passengers safely and happily from one destination to another requires teamwork. The airline industry employs many different people, from pilots and flight crew to caterers and ground crew. Many of these jobs require communication in English, whether it be among co-workers or with passengers. Most airline companies require that the flight crew be fluent in at least two languages.

English is the most common second language that crew members need to learn. Whether your job is to book passengers on their flights, assist passengers with luggage, or fly the airplane itself, these pages can help you learn important words and expressions to use on the job in the airline industry. Read through the vocabulary, listen to the spoken English, and take the quizzes to test your comprehension.

Don't miss the EnglishClub film based on English language learning and the airline industry in China—Insights from China. 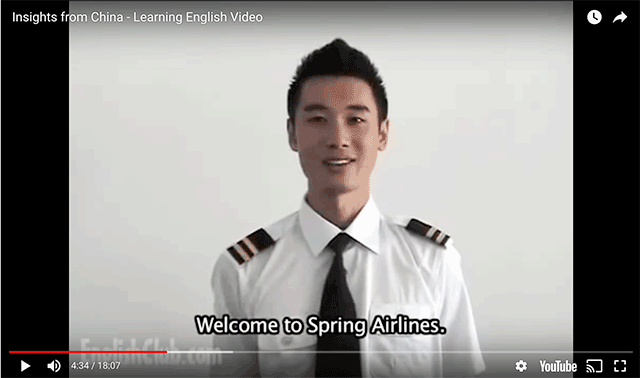 The film focuses largely on the staff and management of a Chinese airline that had committed to learning English. Spring Airlines was the first low-cost airline in China. Determined to become a successful international airline, the company insisted that all of its workers learn to speak fluent English. The CEO of Spring Airlines, Zhang Xiuzhi, set the bar high. She began learning English "from scratch" 18 months prior to her interview for this film.