How to Play Hangman on EnglishClub

The object of this game is to find the mystery word before being hanged by the hangman. To begin, choose a topic and a level. If you choose Animals: Easy, for example, the screen below will appear. 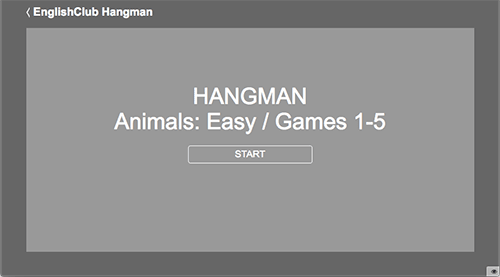 To play the first of five games in this level, click on START. 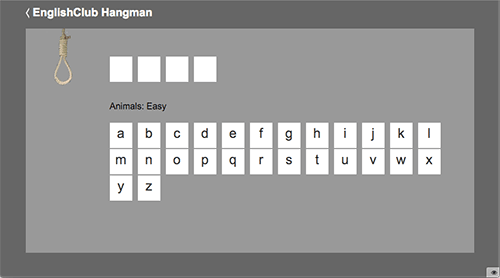 You’ll then see a screen that looks like this. The four white squares mean the mystery word has four letters. To begin, click on a letter in the alphabet that you think might be in the word. (Many players click on “e” first because it’s the most common letter in English.) 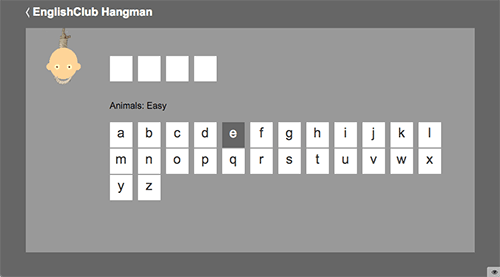 If you click on “e” and the screen looks like this, it means the mystery word doesn’t contain “e”. Notice how this letter now has a dark background, meaning it’s already been clicked. Also notice the head that’s appeared on the figure in the top-left corner. This means the hangman is one step closer to hanging you. (Every time you click a “wrong” letter, another body part appears.) 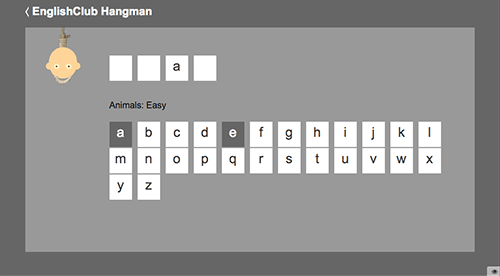 If you then click on "a" and this screen appears, it means the word includes an "a" in the position shown. 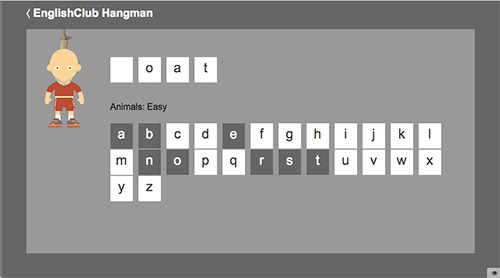 If you have several more goes and click on several more letters, the screen might look like this. If so, it means you’ve clicked on two more letters that are in the word (“o” and “t”) and four more letters that aren’t in the word (“b”, “n”, “r” and “s”). Notice how the figure now looks complete. This means you’ve got just one more chance to work out what the mystery word is and click the missing letter. If you don’t, you’ll be hanged! 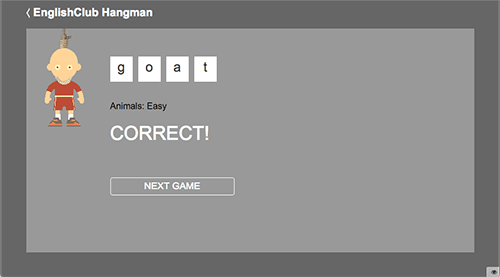 If you work out what the mystery word is and click “g”, you’ll see this screen. It means you’ve beaten the hangman and won the game. 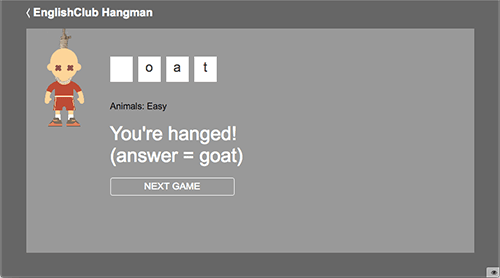 But if you click on a letter other than “g”, you’ll see this screen instead. It shows the correct word and also shows the figure with crosses on its eyes. This means you’ve lost the game and “You’re hanged!”