Anthony Essberger on Making The Ghosts

I hope you enjoyed The Ghosts and thanks for watching!

Director's Statement about The Ghosts video 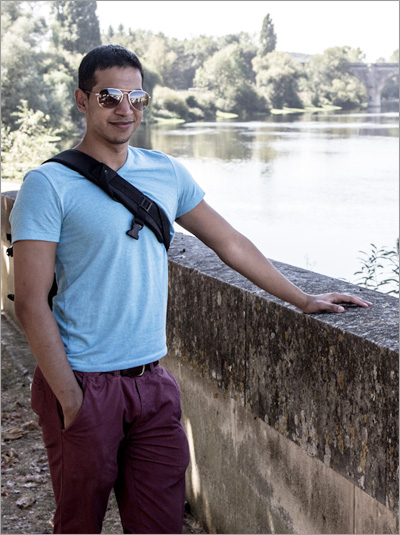 While studying at university, I was given the opportunity to make a short film as my final filmmaking project. We were allowed to create anything we wanted to, with the only constraint being a 15-minute time limit. Excited by this opportunity, I decided to make an animated film. I wasn’t sure what to do at first, and many people suggested original scripts and book adaptations, but after a few book purchases and several dozen reads, I managed to narrow down my choices to a few short stories, one of which was The Ghosts by Lord Dunsany.

Lord Dunsany’s short story grabbed me straight away. The story’s ability to draw the reader in, and its sudden shifts in atmosphere, were its biggest attractions for me. The year in which the story was set (1908) also made it very interesting. Unfamiliar words popped up time and again and, just as in any good story, these descriptive words made the short paragraphs interesting and packed with detail.

After reading The Ghosts inside and out, I went about breaking the story down so that I could visualise each scene. Doing this was helpful when it came to storyboarding, which was one of the most important stages of adapting The Ghosts, because it allowed me to see on paper what I had previously envisioned in my mind. Storyboarding also helped to make the animation process easier because all the camera movements and ambient sounds in each scene were clearly marked out.

Animating: From Paper to Pixels

The entire five-minute adaptation of The Ghosts was created using Adobe Flash software. I knew how to use Flash, but hadn’t done anything with it for some time, so I had to recall how to create several of the animation effects that I used, such as see-through clouds and incorporating a Gaussian blur.

Once I had the first half of the story ready to animate, I was happy because I knew where my project was heading. I hit a few bumps further on in the project, however, especially when I was getting closer to the deadline. From the start of the assignment I wanted to keep the quality of each frame to a certain standard, particularly the backgrounds and objects within each shot, and maintaining this standard was more time-consuming than I’d expected. Issues woud arise whenever characters began speaking in a scene, for example.

Sound effects and voices also had to be carefully considered. The character travelling to Oneleigh to visit his younger brother was a man for whom facts and the intellect were fundamental, and he had to sound wise and more mature than his brother. To convey this, I needed someone with a deep voice, and my father’s voice fitted the bill perfectly. His somewhat dramatic reading of the dialogue seemed to bring Lord Dunsany’s text to life, and I was very pleased with the outcome.

Alternative Ending: A Ghost and his Demon

The adapted ending confuses a lot of people, which is completely understandable as it does stray slightly from Dunsany’s original story. Unfortunately, due to time constraints I was unable to create the final scene as planned. After the gunshot, the film should have cut to a scene in a bedroom in which the older brother wakes to the sound of a dog barking. He then walks to the window and sees his younger brother alive and well, working outside in the yard. The viewers would then realise that the older brother must have fallen asleep the previous evening and dreamed the events that the film had shown. In his dream, a ghost and its demon filled his head with awful thoughts that made him commit a truly shocking crime, but after waking up, he, like the viewers, would have felt relieved after realising it had all been nothing but a terrible nightmare.

Overall I was pleased with my adaption of The Ghosts. It was certainly a nice project to close University with and a welcome change to writing academic essays all year long. Working with Flash for an extended amount of time was refreshing but also an eye-opener as to the difficulties of creating something from nothing. I hope to return to the animation and finish the story as I first intended it to be. Lastly, I hope you enjoyed The Ghosts and thanks for watching!

Check your understanding - try the quiz.

Teachers can also use these classroom materials based on Divided Kingdom.