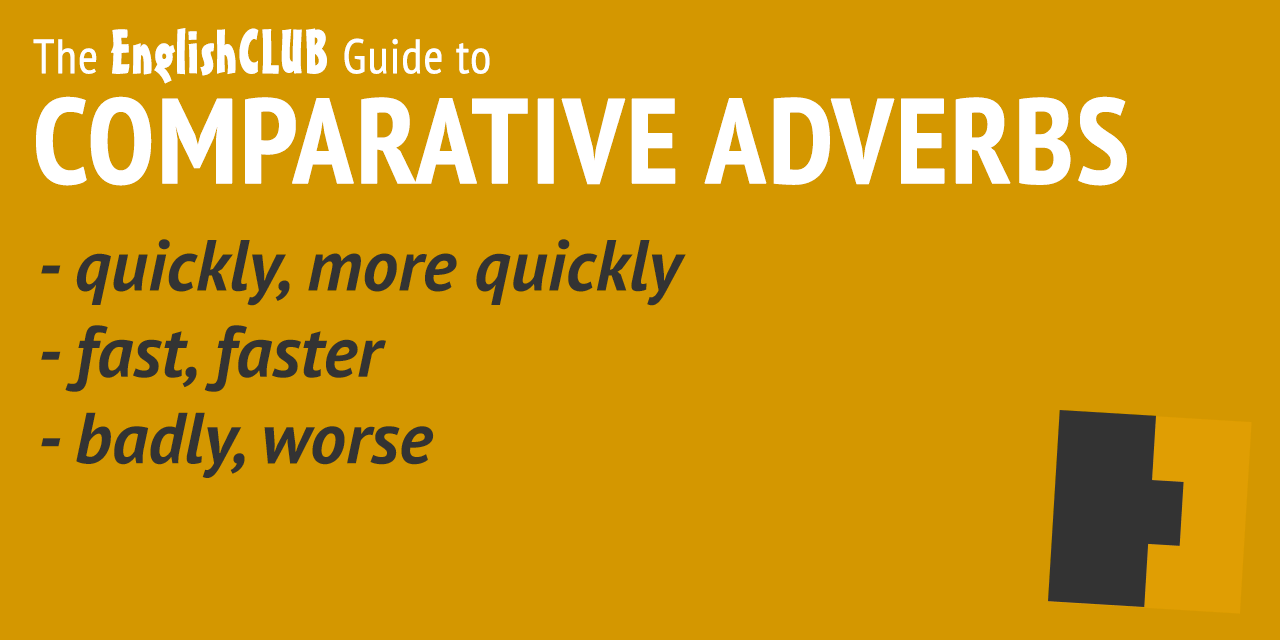 One of the jobs of an adverb is to modify a verb action, for example:

If we want to compare one verb action with another, we can use a comparative adverb, for example:

We use comparative adverbs when talking about two actions (not three or more actions). Comparison is always between TWO things.

How do we Make Comparative Adverbs?

There are three basic ways to make or "form" a comparative adverb:

If an adverb has only one syllable, we usually just add -er to make it comparative: fast → faster. Here are some examples:

Note that most one-syllable adverbs have the same form as their equivalent adjectives. Don't let this confuse you. For example:

When an adverb has two or more syllables (like all -ly adverbs), we can make it comparative by adding more in front: quickly → more quickly. Look at these examples:

We can also use less in place of more to suggest a reduction in the action. Look at these examples:

A few adverbs have irregular form, for example:

Note that a few adverbs have a formal ("correct") form with -ly and an informal form without -ly. The same is then true of their comparative forms. Although you may hear some native speakers using the informal form in speech, it is best avoided in formal situations and examinations. The most common examples are:

Note that a few adverbs have NO comparative form, for example:
again, first
daily, yesterday
here, there
now, then
never, sometimes

How do we Use Comparative Adverbs?

Although we use comparative adverbs when talking about two actions, in fact one or both of the actions may be a group of actions. Here, we are talking about eight planets, but we are still comparing one action (Mercury's) to one other action (that of all the other planets).
Other Comparative Adverb Resources: