A children's short story with vocabulary and comprehension exercises for young learners of English. With audio. Written and read by Tara Benwell. Level: lower-intermediate 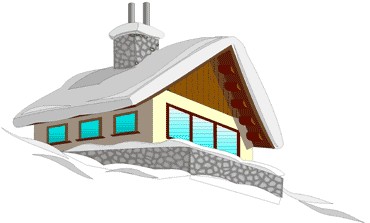 After school one winter day, Jack's mother told him to go out and play in the snow.

"But it's so cold outside, Mother!" Jack said.

"Put on your coat and your hat and your mittens," his mother said. "You can build a snowman before your father comes home."

"I'm going to need a carrot for the nose," Jack said. "And I'll need some things for the snowman's hat and face."

Jack got a bucket and collected everything he needed to decorate his snowman. His mother promised she would watch him build the snowman from the window.

Outside, in his front yard, Jack started with a very small ball of snow. He got on his knees and rolled the snow into a big ball. At another window, someone else was watching Jack play. It was his new neighbour Naoko. Naoko asked her mother if she could go outside and help Jack build his snowman.

"It's very cold outside. Are you sure you want to go out and play?" her mother asked.

"Yes, Mother!" Naoko said. "I will wear my coat and my hat and my mittens."

Naoko's mother helped her put on her winter clothes and promised to watch her from the window.

"You can play until your father comes home," her mother said.

Naoko ran outside to Jack's yard and asked if she could help him finish his snowman.

"Yes, please help me," Jack said. "My father will be home from work very soon."

"No, snowmen always have three snowballs," Jack said. "I don't think I need you to help me after all."

Jack picked up some snow and made it into a small snowball. He got on his knees and rolled the snow away from Naoko to make the snowman's head.

Naoko walked into her own yard and began to build her own snowman.

"I don't want to build a snowman with Jack anyway," she thought to herself. "I'm going to make my own."

Naoko rolled two big balls of snow and put them on top of each other. When she finished that she took off her hat and scarf and decorated the snowman. Lastly, she found some sticks and pine cones and made her snowman's eyes and mouth and arms. Her mother clapped from the window.

Jack made a hat for his snowman with his bucket. He used his mother's sewing buttons for the eyes and mouth. Lastly, he added a carrot for the snowman's nose. After he finished, Jack's mother smiled and pointed. His father was driving up the street.

Suddenly a terrible thing happened. The head fell off Jack's snowman and crashed to the ground!

"Oh no! My snowman fell apart," Jack said, "and my father is almost home!"

Naoko heard Jack's cry and ran over to his yard to see what the problem was.

"I'll help you roll another snowball," Naoko said. "If we do it together we can finish it before your father gets home."

Together, Jack and Naoko rolled a new snowball. They shaped it with their mittens until it was round. Then they lifted it up onto the snowman's body and decorated it with the carrot and bucket and buttons.

"We finished it just in time," Jack said. "Thank you for your help."

"You're welcome. I like your snowman better," Naoko said. "Mine doesn't have a nose."

Jack walked over to look at Naoko's snowman. He loved the pine cone eyes and mouth and the sticks for arms, but he knew it wasn't finished. Jack ran back to his snowman and pulled the carrot out. He broke it into two pieces and gave half to Naoko.

"Hurry," Jack said. "Your snowman needs a nose and your father is driving up the street too."

Now answer the questions about the story!