We landed in Poland after a difficult journey involving two nights in Spain, a connecting flight in London and a loopy panic attack on my part. My first novel, Walking On The Left, was to be published in Poland the following morning and the plan was to spend a few hours signing books during the release ceremony at the Krakow book fair. We arrived at the fair twenty minutes late and I found myself sitting at a table, surrounded by copies of my book and a small gathering of eager teens, waiting for me to sign their new purchases… it was a surreal experience to say the least and I decided to make it even more so by tying a pink silk scarf to my neck… goodness knows why.

I found it an interesting situation to be in as the majority of ESL students and experts we had spoken to at that point on the trip, saw reading books outside the classroom as an excellent way to learn a new language. My book is in Polish, which gave my experience a peculiar twist, but it still forced me to reflect on the impact of what reading a book in a foreign language can bring about. The Polish title of the book is Ktoredy. It is sponsored by TEFL.net and Outloud Productions. 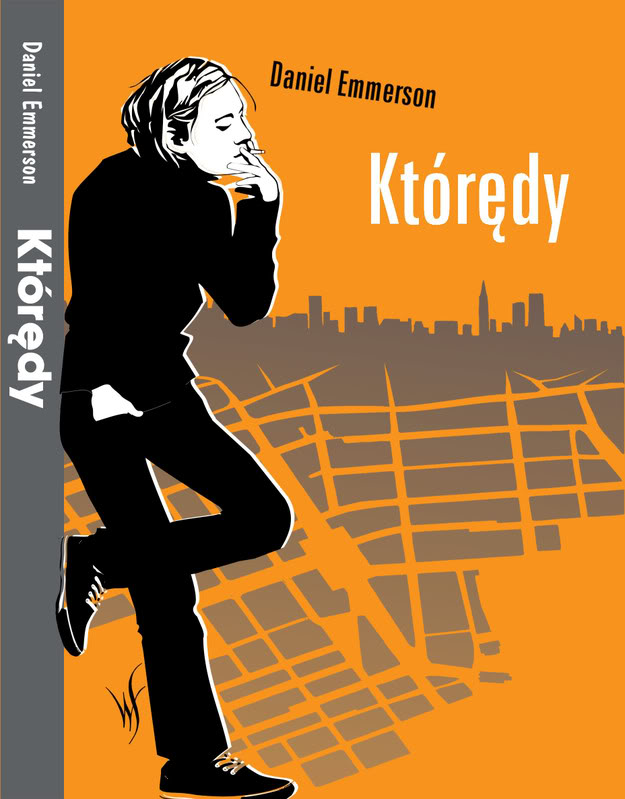 Once the fair came to a close, Joel and I boarded a train to the final destination on the Project ESL schedule. The train took us across the Polish border to the Czech Republic, then over to Slovakia and down through Hungry, landing us in Budapest where we spent two hours before boarding the next train to Bucharest. The second part of the journey took about eighteen hours in total, getting us into the capital city at quarter past six in the morning…

Our first impressions of the city were that it resembled Poland somewhat. Communist tower blocks, trams and a bustling train station. After a couple of hours lurking in an old coffee house, we met with an English friend of mine who gave us a guided tour of the city. The road on which he lived consisted of gangplanks resting on a few muddy banks, he pointed across the street at an erotic shopping mall and told me his apartment was upstairs. My friend had an interesting take on the Romanian students that he teaches and he kindly agreed to an interview for the project, an interview that set the standard for things to come…

By the end of our second day in Romania we had interviewed a swarm of eager students, one or two teachers and several locals. The footage that we captured during our entire stay in Romania is some of the best so far and it will make for fascinating viewing once the film is complete. The eagerness and enthusiasm that we received from everybody we met was most unique and I am pleased to say that the people we met in Bucharest have added an entirely new dynamic to this interesting and diverse project.

Interviewing Alex, a Romanian student at the University of Bucharest. She is fluent in Romanian, English and Japanese. 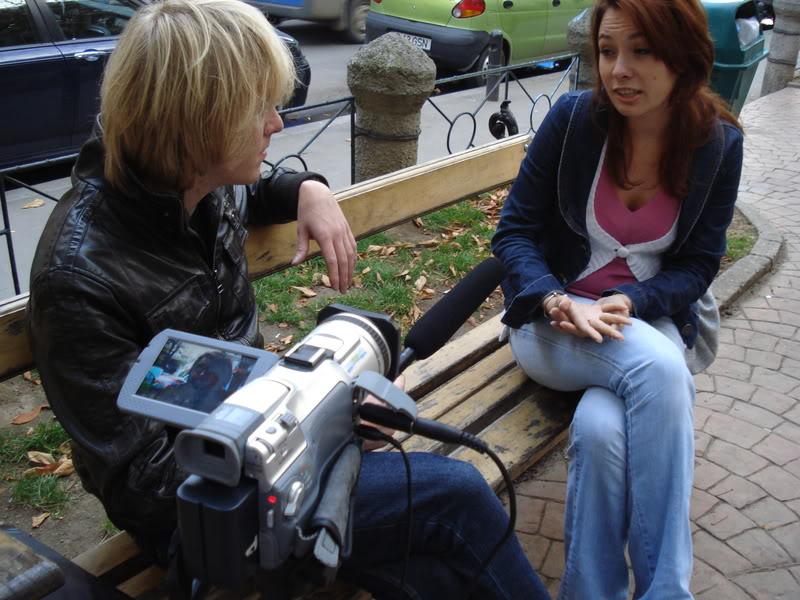 Shots from the city centre 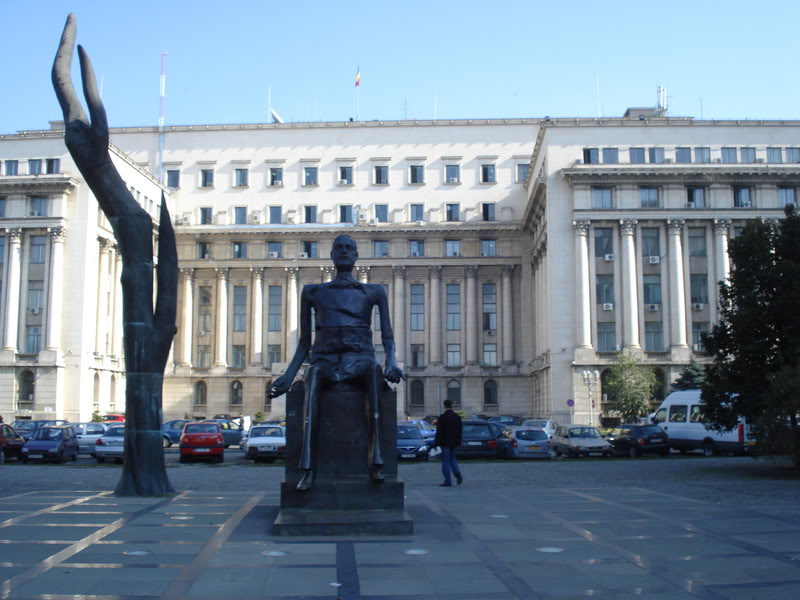 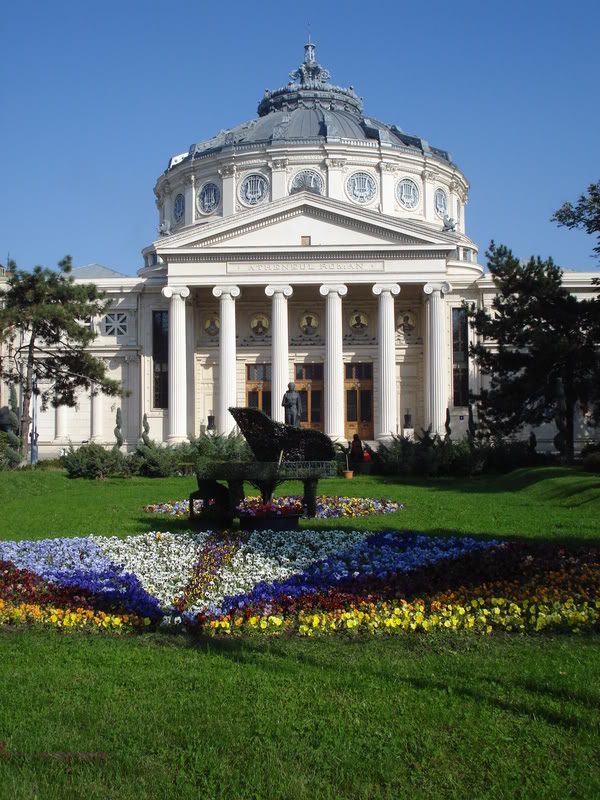 I would like to thank everybody who donated some of their time towards the project and all at International House Bucharest, who did an excellent job in accommodating us. 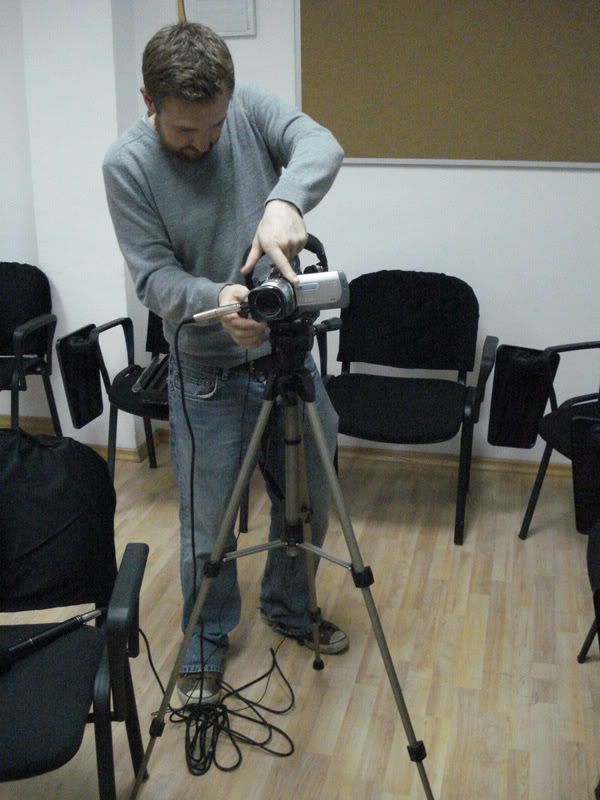 Over the course of our trip, we learned a great deal about the process of learning English and how it differs from place to place. However, a common source for practicing and learning English seemed to be by listening to music and watching films. This is a great way to improve listening and vocabulary particularly, but I imagine that some films and artists are better at this than others.

My question to you is:

I look forward to hearing from you!