It is easy to underestimate the size of a city. Even when you have spent the last few days trecking around, it is still sometimes easy to think the city is a a lot smaller than it actually is, just because certain things appear more familiar. Today we decided to walk from Vila Madalena to Escola Lourenço Castanho and it took us about an hour and half to do so. We were able to shoot as we strolled, capturing some footage of one of the busiest streets in the city. However, time was of the essence and we had to run to Escola Lourenço Castanho in order to get there for break time.

The school runs on a similar programme to most in the UK in that there is a scheduled 15 minute break in the morning. The only difference with this school is that everybody accumilates in the central outdoor concorse to discuss their lessons while listening to the rock music that pours from huge speakers all around the room. We were able to film some of the students we interviewed last week as they spoke to their peers and conversed in English. It certainly made a change from what we filmed at Juan Uribe School, but it turns out some of the students at Lourenço Castanho had studied there when they were younger.

We said goodbye to our new friends and made our way to Ibirapuera Park, which is the biggest park in the city. We were able to get a few shots of the surrounding neighbourhoods and of the park itself, but we were told that the best time to visit would be on Sunday when people come to skate, ride bikes and fly kites! We shall return! 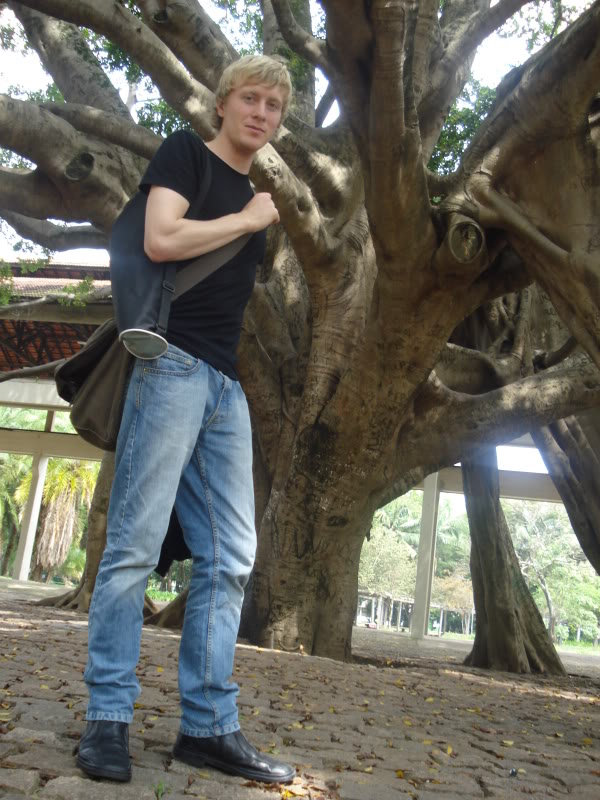