The words we speak travel through air, carried by vibrations in the air. To create those air vibrations, we have an amazing speech system, which is much more than just our mouths.

Of course, we use air to breathe and live. But we also use air to speak and pronounce words, and that is what this page explains in very basic terms.

As the air comes up from our (1) lungs, through our (2) voice box, and out through our (3) vocal tract—THAT is when we vibrate the air and change the "shape" of those vibrations to create different sounds, syllables and words. 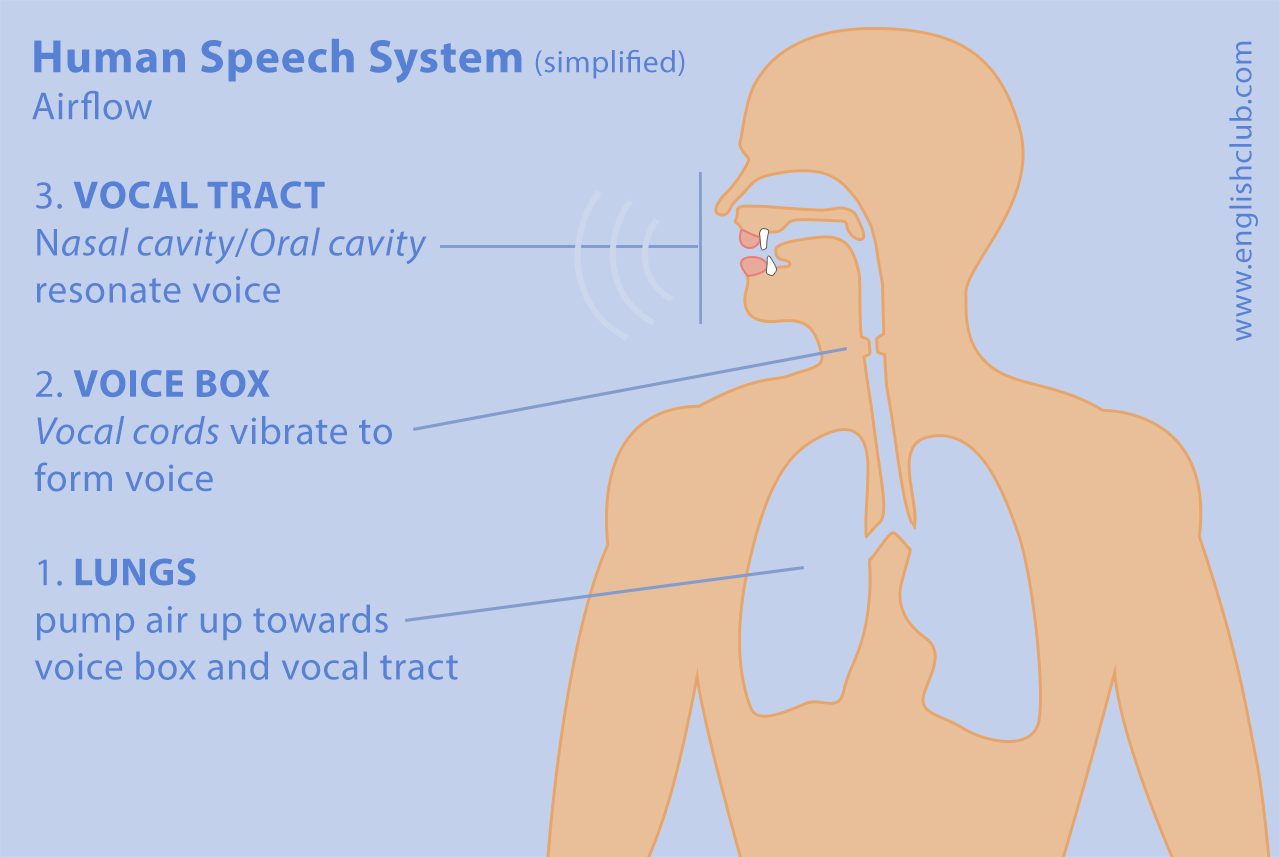 The lungs are two elastic sacs in the chest that draw in air (mainly to oxygenate the blood). To initiate speech, they push air back up through the windpipe towards the voice box.

As air rises up from the lungs through the voice box in the neck, it may or may not be vibrated (so-called voiced and unvoiced sounds). 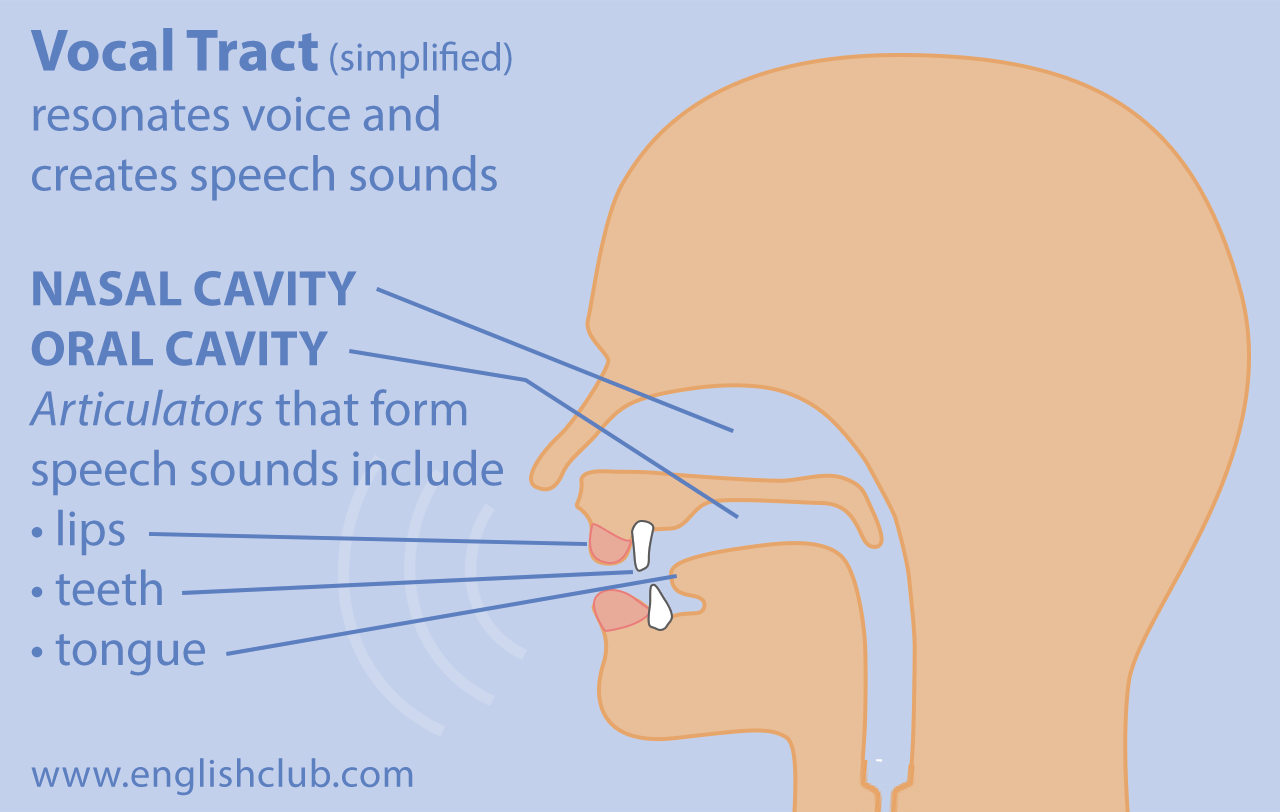 To control and shape the air flow above the voice box, the air travels through and exits the vocal tract, which consists of:

Using the vocal tract, we resonate the air and make two main types of speech sounds:

When we speak in English, we use about 44 different sounds. When we write in English, we use 26 letters (the alphabet A-Z). You notice that there are more sounds than letters, and so there are not enough letters to represent all the sounds. It's important to understand that when we talk about speech and pronunciation, we are talking about the sounds of the phonemic chart, NOT the letters of the alphabet.

A vowel is a speech sound that we make by NOT blocking air as it travels out through the mouth.

A consonant is a speech sound that we make by blocking air as it travels out through the mouth or nose. We block air by touching together two or more of the lips, tongue, teeth, top of mouth and back of throat.

A syllable is a meaningless unit of pronunciation having one vowel sound with or without surrounding consonant sounds, like this:

A word is a meaningful unit of speech formed from one or more syllables. For example, I is a one-syllable word and octopus is a three-syllable word, as you see in the examples below:

One or more words can form a sentence.

vibration (noun): an example of vibrating

throat (noun): the passage that leads from the back of the mouth

windpipe (noun): the air passage from the throat to the lungs; the trachea

oxygen (noun): a colourless gas in air that is essential for life

initiate (verb): cause a process to begin

meaningless (adjective): having no meaning or significance

meaningful (adjective): having meaning or significance