Did you know that pollution causes premature death all over the world? Learn about the main types of pollution and their associated health risks in this reading exercise. You can find the meaning of the words in bold by checking the vocabulary list below, and you can check your understanding by doing the Pollution Comprehension Quiz. 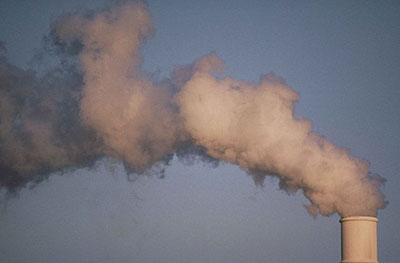 Pollution is an environmental concern for people throughout the world. One university study suggests that pollutants in the water, air, and soil cause up to 40% of the premature deaths in the world's population. The majority of these deaths occur in developing countries.

Water in many developing countries is contaminated with toxic chemicals, also known as toxins. The World Health Organization (WHO) estimates that 1.1 billion people have little or no access to clean water. In many of these regions the water that is used for drinking, cooking, and washing is the same water that is used for dumping sewage and hazardous waste. Most developing countries cannot afford water treatment facilities. Approximately 80% of infectious diseases in the world are caused by contaminated water.

Air pollution is a growing problem throughout the world. Indoor air pollution is one of the leading causes of lung cancer. Families in developing countries use open stoves for cooking and heating their homes. These homes do not have proper ventilation. The smoke, which is full of chemicals and carcinogens, gets trapped inside where families eat and sleep. Outdoor pollution also causes disease and illness, especially in industrial cities such as Beijing, China, where cancer is the leading cause of death. China relies heavily on coal, which is considered the dirtiest source of energy. According to the European Union, only 1% of urban dwellers in China breathe clean air on an average day. Neighbouring countries including Japan and Korea receive much of China's pollution in the form of acid rain. This pollution results mainly from the coal powered factories, which produce inexpensive goods for North American and European consumers. Outdoor air pollution is also a concern in many wealthy countries. Those who live and work in urban centres such as Los Angeles or Toronto experience many warm days beneath a layer of smog.

Soil pollution is also a major concern, both in industrial and developing countries. Pollutants such as metals and pesticides seep into the earth's soil and contaminate the food supply. Soil pollution causes major health risks to entire ecosystems. This type of pollution reduces the amount of land suitable for agricultural production and contributes to global food shortages. Dumping of industrial and domestic waste products produces much of the world's soil pollution, though natural disasters can also add to the problem. In wealthy countries such as the US, protection agencies monitor the food supply. The public is generally warned before major disease outbreaks occur. Developing countries do not have this luxury. Farmers in poor nations grow food in contaminated soil both to earn a living and to avoid starvation.

As more people move to urban centres, premature deaths caused by pollution are expected to increase worldwide. Today, the developed nations who achieved their wealth at the expense of the environment will be held accountable for protecting the earth's resources for future generations.