A day for playing tricks and practical jokes on other people 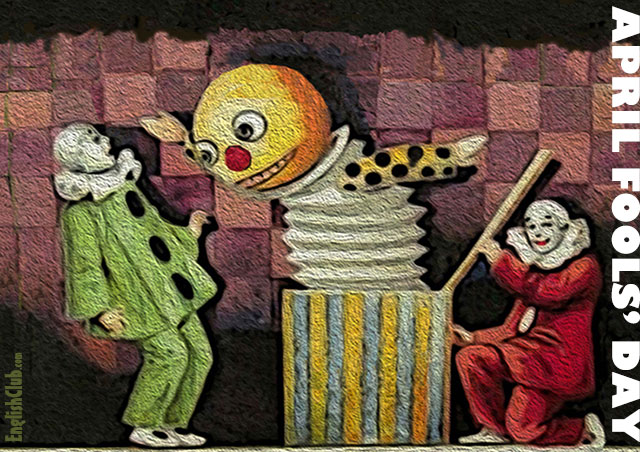 April Fool's Day, also called All Fools' Day, is celebrated in many English-speaking countries, and other countries, on April 1 every year. Although not usually a holiday, April Fool's Day is widely recognised as a time when people play practical jokes and hoaxes on each other. If someone is taken in by the joke they are called an "April Fool".

In some countries, particularly the UK, you must play your April Fool's Day joke before midday, otherwise you become the fool.

It is not at all clear how April Fool's Day started. Some people associate it with the sixteenth-century adoption in Europe of the Gregorian calendar instead of the Julian calendar, when the beginning of the year moved from April 1 to January 1. But that seems unlikely given that many countries have a similar day for joking around at other times of the year and references to prank-playing on April 1 go back centuries if not millennia.

One of the most famous and accomplished April Fool's jokes ever was the Swiss Spaghetti Harvest documentary, broadcast by BBC TV in 1957. Many viewers thought that this was a genuine documentary and called in asking where they could buy "spaghetti plants".

Another example of a successful April Fool's joke is the article published by EnglishClub on April 1, 2008 entitled UN to Ban 'Unnecessary' Languages. This generated an almost immediate 300 comments, many from visitors who believed the article "hook, line and sinker".

A practical joke is a "trick" played on another person for amusement (and usually to make the person look foolish). Similar words are hoax and prank.
fool (noun): a silly person; a person who acts stupidly
foolish (adjective): without good sense or judgement
trick (noun): a clever act designed to deceive someone
practical joke (noun): a trick to make someone look foolish
hoax (noun): practical joke; deliberate deception
prank (noun): practical joke
harvest (noun): gathering of the crop (plants, fruits etc)
hook, line and sinker (expression): if you believe something (usually a lie or a trick) "hook, line and sinker" you believe it 100% without questioning it