A festive season of intense partying, dancing and parading 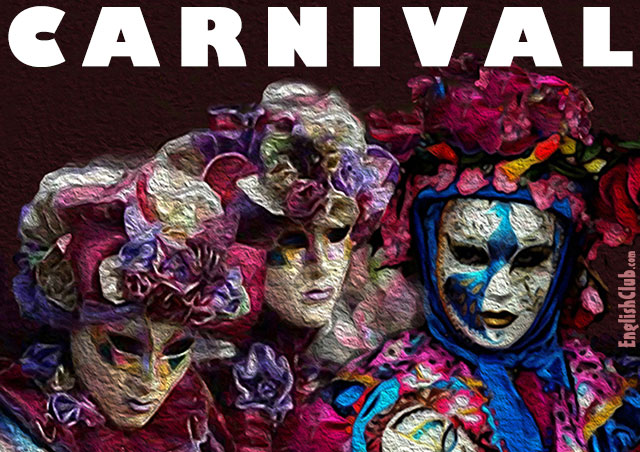 Carnival is a period of celebration from a few days to a couple of weeks just before Ash Wednesday (the start of the Christian period of Lent). It is celebrated in many parts of the world, especially in regions with a large Roman Catholic population. The festivities include colourful street parties, parades and dancing. Rio de Janeiro is particularly well known for its vibrant Carnival. Other notable celebrations are held in Trinidad & Tobago, New Orleans and Venice.
In the Christian religion, Lent is a period of 40 days' sober living marked by fasting and self-denial. Carnival is seen as the last opportunity for fun before Lent begins.
Lent (noun): in the Christian religion, a time of reduced eating and simple living for 40 days before Easter
parade (noun): a public procession
vibrant (adjective): lively
sober (adjective): without alcohol; serious and solemn
to fast (verb): to stop eating