A traditional festival at the turn of the Chinese year 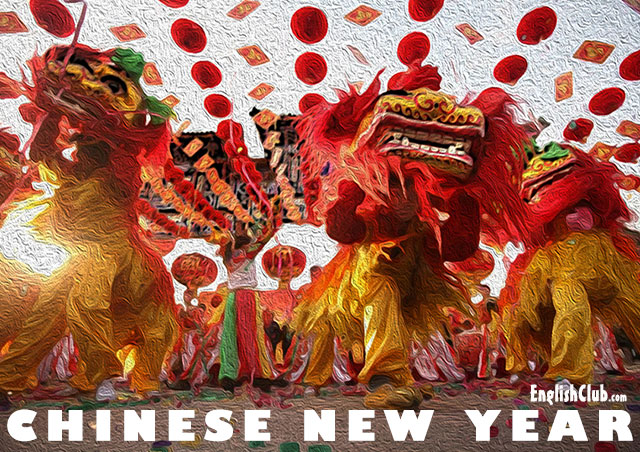 This two-week holiday period is celebrated at the turn of the Chinese calendar, which varies yearly but usually falls late-January to mid-February. Celebrations are observed by Chinese communities throughout the world. Just prior to the holiday, families clean their houses carefully in order to bring good luck into their homes. Families gather for a reunion dinner on New Year's Eve. Lucky amounts of money are distributed to family members in red envelopes. Each day honours something different, such as parents, gods or wealth.
Chinese New Year is also called Lunar New Year, an occasion observed by several other eastern and southeastern Asian countries such as Korea and Vietnam.
at the turn (expression): at the end/start, when you "turn" the page
lunar (adjective): relating to the moon
reunion (noun): gathering; getting together