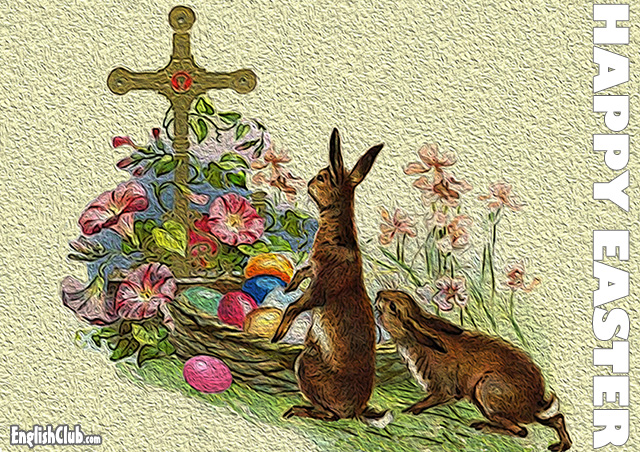 Easter is the Christian Church's oldest and most important festival. It celebrates the resurrection of Jesus Christ three days after his execution by crucifixion.

The main Easter festival is from Good Friday (when Jesus was killed by crucifixion) to Easter Monday three days later (when Jesus was found to have come back to life or resurrected). Easter Sunday, also called Easter Day, is the principal day on which Easter is celebrated.

Two powerful symbols emerged from Easter: the cross on which Jesus died (and which became the official symbol of the Christian Church); and the egg, with its meaning of birth (symbolizing Jesus's resurrection or return to life).

Easter is a "moveable feast" - which means that its date "moves" from year to year. Unlike Christmas Day, which is always on December 25, Easter is not always on the same date (though it always falls somewhere between 21 March and 25 April).
celebrate (verb): publicly mark a happy event
resurrection (noun): coming back to life; rebirth
execution (noun): putting someone to death
crucifixion (noun): killing somebody by nailing them to a cross