1 January
Tomorrow is Another Year - please add your thoughts here

The first day of the year in the Gregorian (Western) calendar 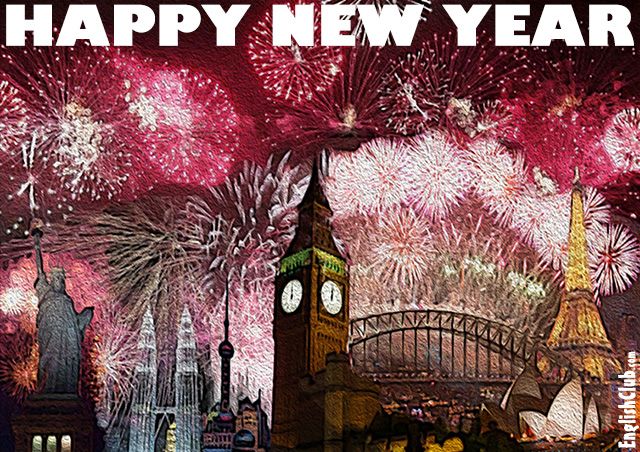 New Year's Day is the first day of the year, 1 January, and is a public holiday in many countries. On New Year's Day many people make resolutions, such as saying that they will stop smoking or lose weight this year.

During the New Year period, any time from late-December to mid-January, people say "Happy New Year" to family, friends and colleagues, perhaps directly or by sending an email or New Year's card.

Example sentences:
eve (noun): the day before, and specifically the evening before
resolution (noun): from the verb "resolve" meaning "to decide" (to do)
auld lang syne (phrase): long ago; the distant past