A month of fasting for Muslims 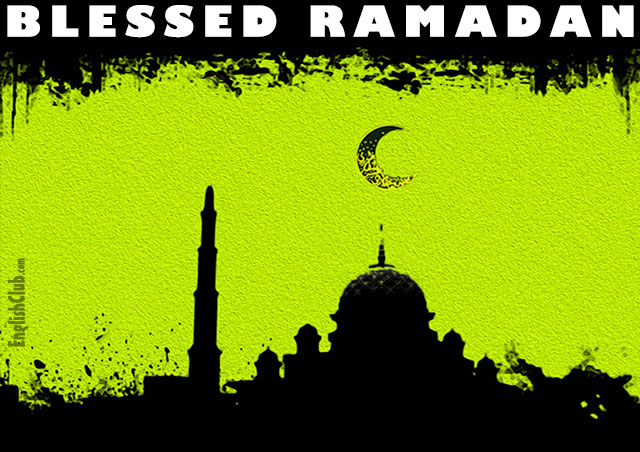 In the Islamic lunar calendar, the ninth month is Ramadan, during which Muslims fast from dawn to dusk. In addition to refraining from food and drink, Muslims are expected not to smoke or have sexual relations. Ramadan is one of the Five Pillars of Islam.

Fasting during Ramadan is obligatory for adult Muslims, though there are some exceptions - for example Muslims who are ill, travelling or pregnant. Children are not expected to fast until they reach the age of puberty. Some children do fast for part of the day.

The word "Ramadan" comes from the Arabic root ar-ramad, meaning scorching heat or dryness.
lunar (adjective): relating to the moon
fast (verb): not eat or drink; refrain from food and drink
dawn (noun): sunrise
dusk (noun): sunset
Five Pillars of Islam (noun): the five duties for all Muslims: expressing the faith; praying; giving money to the poor; fasting during Ramadan; and visiting Mecca during the Hajj
obligatory (adjective): required by law or rule; compulsory
puberty (noun): the period when adolescents reach sexual maturity