An occasion for expressing romantic love by giving cards and gifts 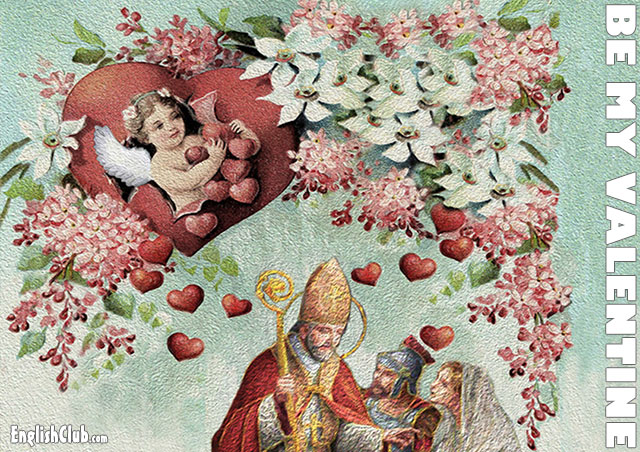 A number of stories sprang up in subsequent years linking Valentine with romantic love, but little is know about the historical facts. The first recorded association of St Valentine's Day with love was in 1381 by the medieval English poet Geoffrey Chaucer, in his poem Parliament of Foules honouring the marriage between King Richard II of England and Anne of Bohemia. Over the centuries, the practice developed first of writing Valentine poems to loved ones on 14 February then of giving and ultimately sending Valentine cards. Today, people also offer flowers, chocolates and other gifts.

Some traditions suggest that Valentine cards and gifts should be sent anonymously, with the recipient being left to guess of whose love she or he is the object.
feast (noun): a day dedicated to a particular saint; also a large meal
martyr (noun): a person who is killed for their religious beliefs
medieval (adjective): relating to the Middle Ages in Europe (circa 1000-1453)
anonymously (adverb): unidentified; without name