keep up with the Joneses

This page is about the idiom keep up with the Joneses

People who try to keep up with the Joneses are people who feel it's important to show that they're as successful as others (such as their rich neighbours, "The Joneses").

Origin: This idiom originated in a 20th century American comic strip called "Keep Up With The Joneses" by Arthur (Pop) Momand that was first published in the New York Globe. The strip was a satire that made fun of people who strive to rise in the ranks of "society". The main characters were always trying to seem as classy as their neighbours, the Joneses. 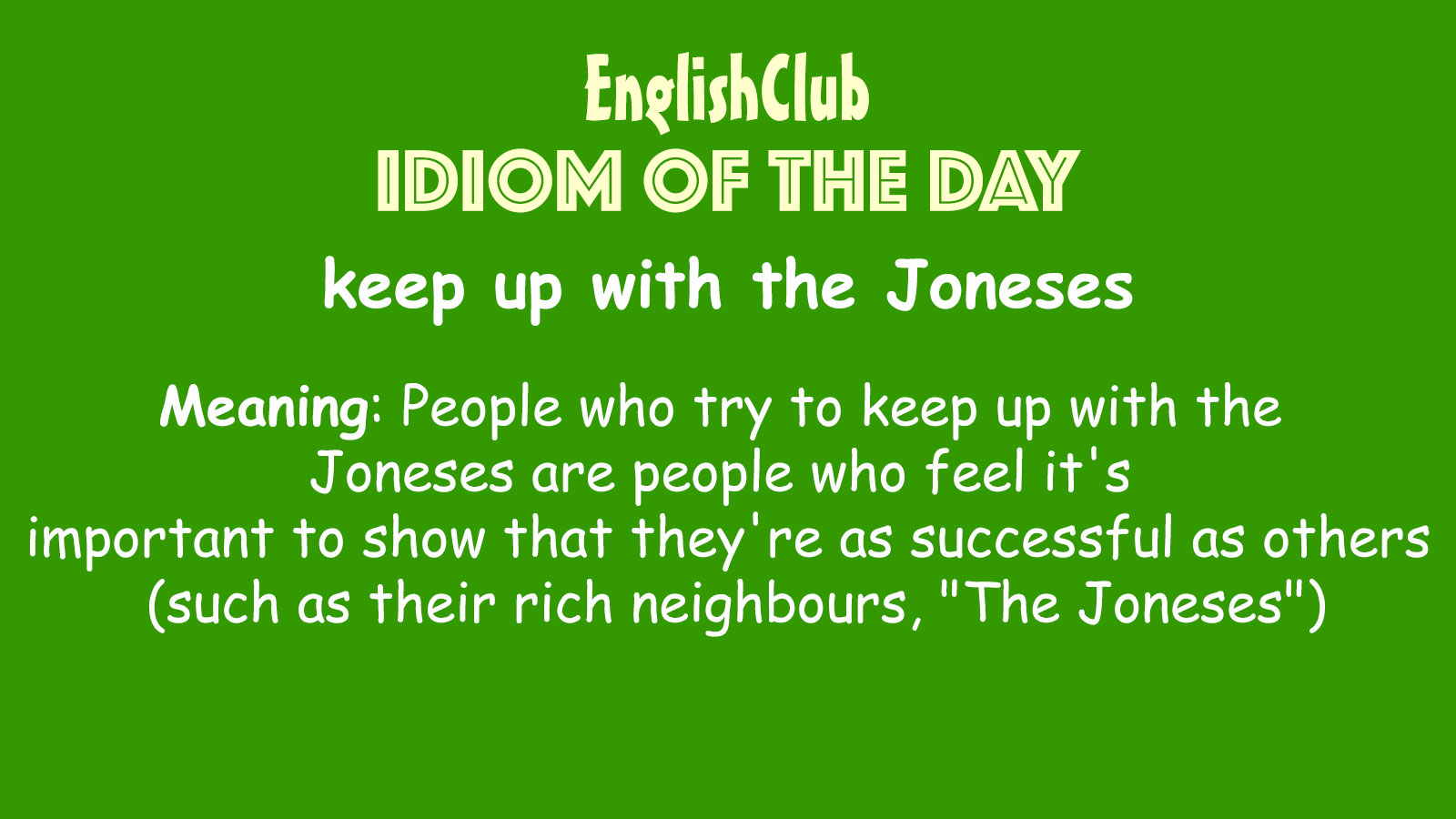