We will meet again 🧼

make a song and dance about something

If you make a song and dance about something, you make a big deal out of, or a fuss over, something that isn't very important.

This idiom is typically used in British English but may be used in other varieties of English too. 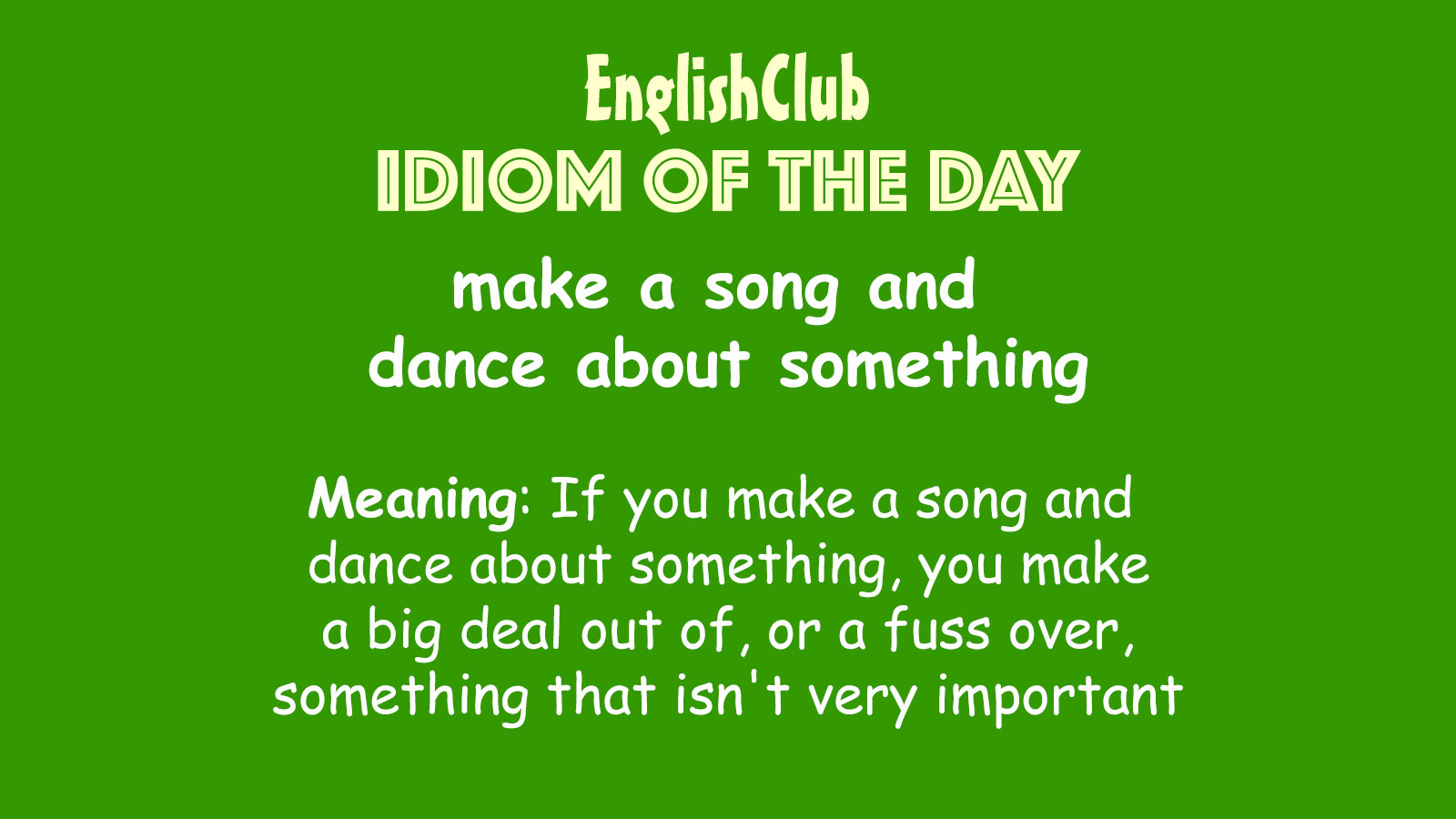