"Men, it has been well said, think in herds"

Long quote:
"Men, it has been well said, think in herds; it will be seen that they go mad in herds, while they only recover their senses slowly, one by one." 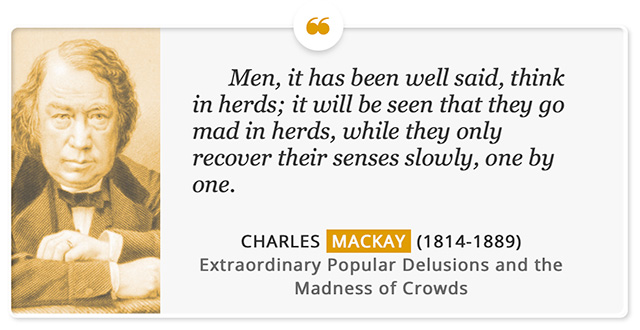 Charles MacKay (1814-1889), Extraordinary Popular Delusions and the Madness of Crowds

herd (noun): a large group of animals that live together or are kept together as livestock; (derogatory) large group of people with a shared characteristic
delusion (noun): a belief or impression that somebody maintains even when contradicted by reality or logic