Possible meaning:
The idea here is that the same misfortune or bad luck will not happen again to the same person. This saying is often shortened, with the same meaning, to: "Lightning never strikes twice." (In reality, it has been proven that lightning often does strike two or more times in the same place.) 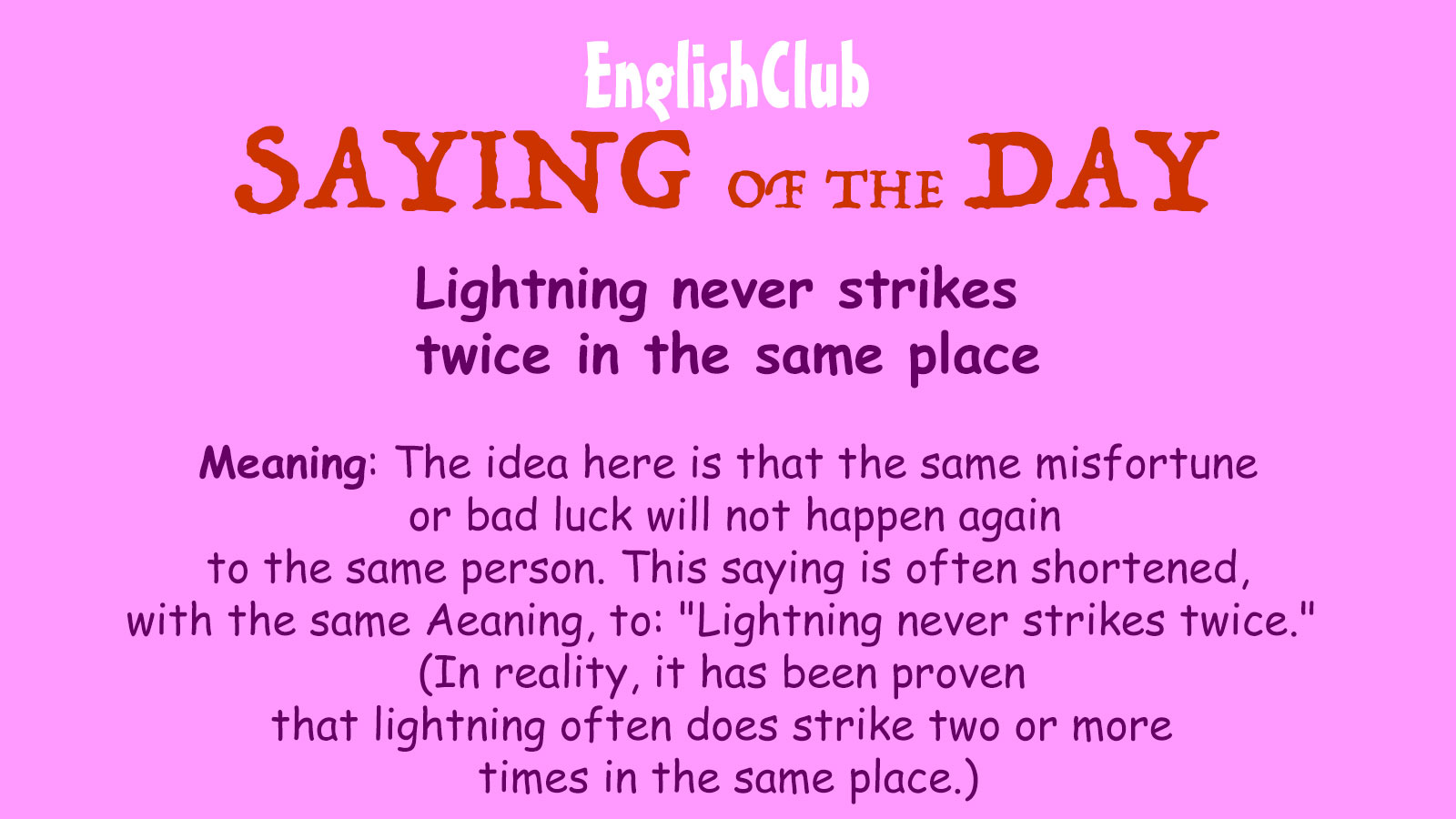