The early bird catches the worm

Possible meaning:
Birds that wake early in the morning will find worms to eat, but birds that wake late will find no worms. The saying suggests that the same is true for us in life. If we do something early, before other people, we will be successful.

worm (noun): a small animal with a thin, soft body and no legs or arms, like a tiny snake 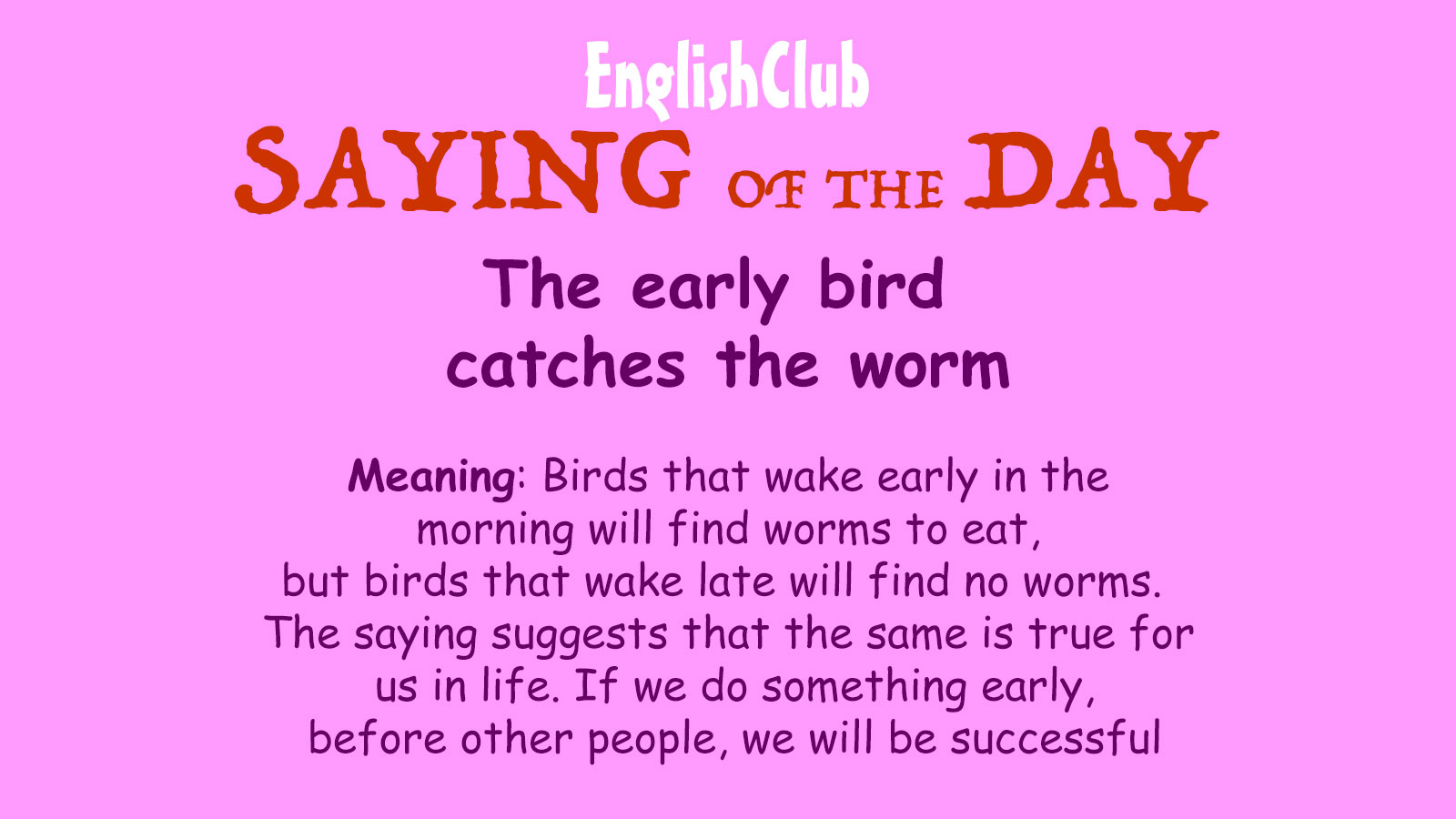