Never speak ill of the dead

Possible meaning:
Show respect to people who have died by not saying anything bad about them. Since dead people can no longer hurt us, or defend themselves, it is better to forget their bad actions and remember only their good ones.

Note:
speak ill of (verb): criticize; speak badly about | the dead (noun): people who have died

Origin: This proverb has been traced back to Chilon of Sparta (6th century BC). The Latin version was "De mortuis nil nisi bonum" ("Of the dead say nothing but good"). 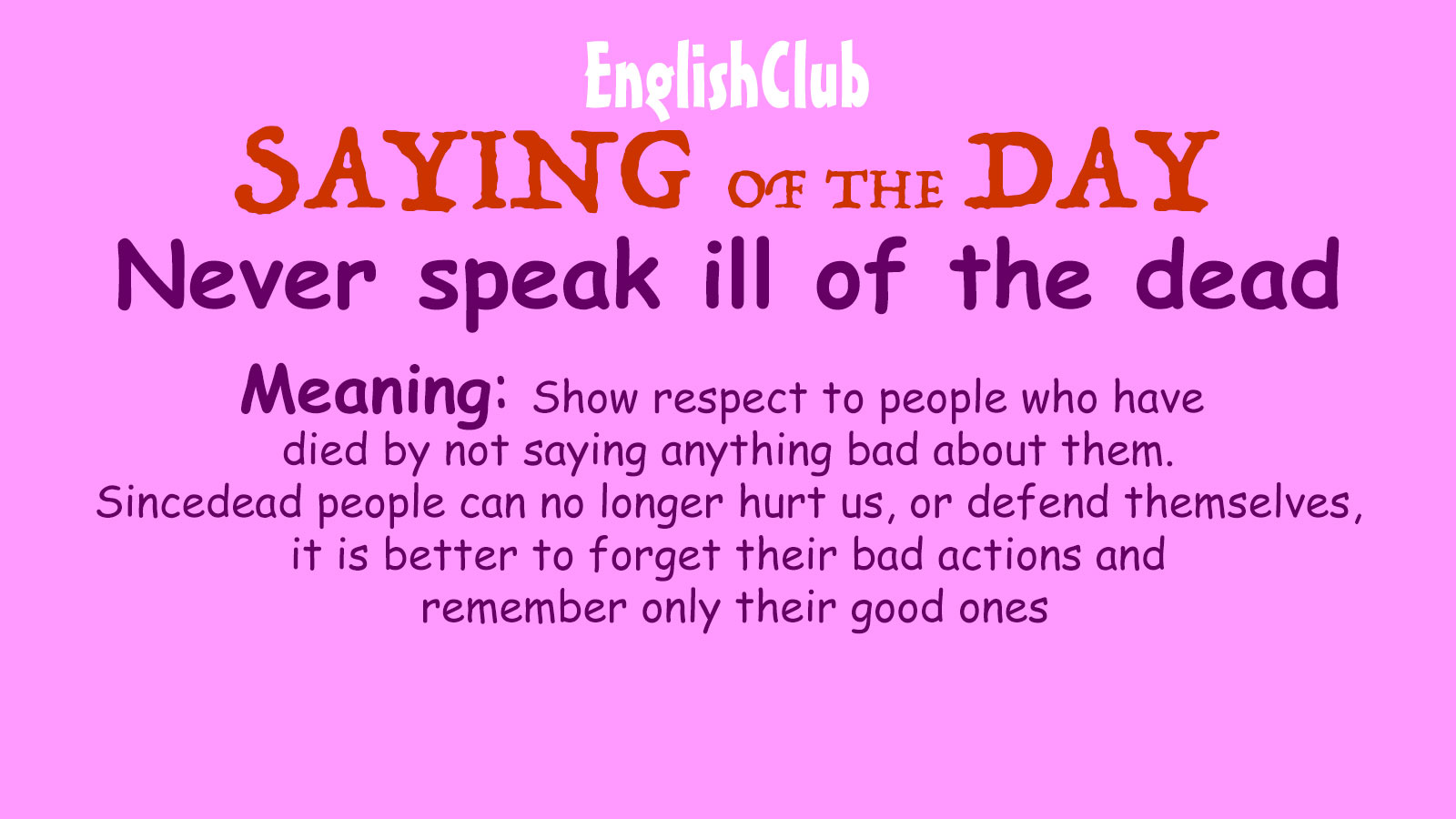