This page is about the slang term jack (2) | jack shit

This is typically used in American English but may be used in other varieties of English too. 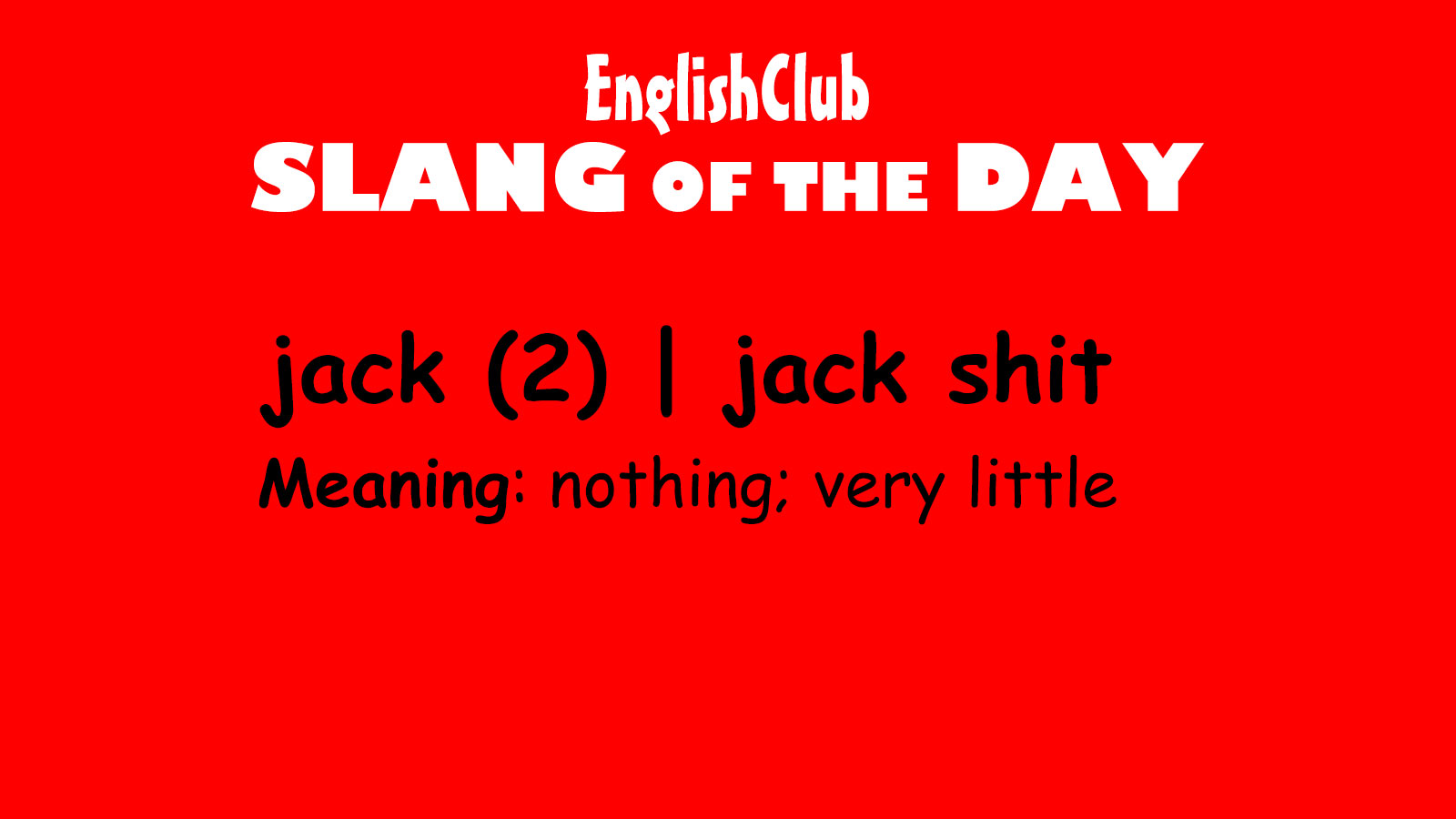 See Slang of the Day today