Next Week: The Berlin Wall Falls →

In the USA, Mary Phelps Jacob receives the world's first patent for a brassiere.

In 1914, Mary Phelps Jacob was granted the world's first patent for a brassiere. She made her ground-breaking invention in 1913 and after extensive testing submitted the final design to the US Patents Office. She soon sold the patent to Warner Brothers Corset Co., which made over $15,000,000 from it over the next 30 years. 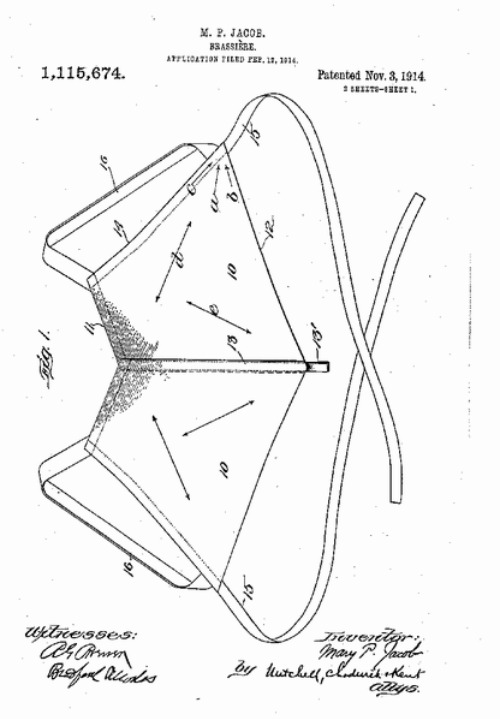 The original patent of the backless brassiere, by Mary Phelps Jacob.

1. The world's first commercially-produced brassiers were manufactured by
a) Mary Phelps Jacob
b) Warner Brothers Corset Co.
c) the US Patents Office

2. After testing her design for several months, Mary Phelps Jacob
a) submitted it to the US Patents Office
b) took it to Warner Brothers Corset Co.
c) sold it for $15,000,000

3. The main reason inventors patent their inventions is in order to
a) test and improve them
b) show that they are useful
c) stop others from copying them

Next Week: The Berlin Wall Falls →