Next Week: The First Flight Around The World →

Hundreds, possibly thousands, of Palestinian refugees are killed in refugee camps in Lebanon.

In 1982, Palestinian refugees living in the Sabra and Shatila refugee camps in West Beirut, Lebanon, were attacked by members of a right-wing Lebanese militia. Estimates of the number of people killed, including men, women and children, range from 800 to 3,500. Lebanon was under the control of Israeli forces at the time, and Israeli soldiers were accused of allowing the massacre to take place. In 1983, an Israeli inquiry found that Israel was indirectly responsible and Defence Minister Ariel Sharon resigned after being widely condemned for failing to stop the killings. Sharon went on to become the Israeli Prime Minister in 2001. 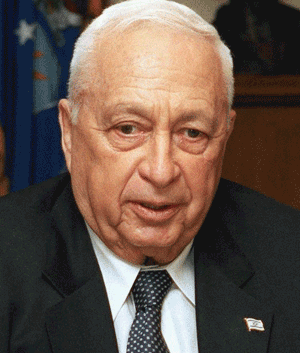 Ariel Sharon was Israeli Defence Minister at the time of the massacre in 1982, and became Israeli Prime Minister in 2001.

2. The Isreali Defence Minister who resigned after being condemned for his role in the killings
a) was forced to leave Israel
b) was jailed for human rights abuses
c) became the Prime Minister of Israel

Next Week: The First Flight Around The World →