In 1961, Russia beat the U.S.A. in the race to get the first man into space, winning the so-called "space race". The spacecraft Vostok (East) was launched from the Baikonur launch pad in Kazakhstan in what was then part of Soviet central Asia. Major Gagarin orbited the Earth for 108 minutes travelling at more than 17,000 miles per hour (27,000 kilometres per hour) before returning safely to Earth.

cosmonaut (noun): a Russian space explorer
so-called (adjective): also known as
launch (verb): send into space
launch pad (noun): the place from which a spacecraft is sent into space
orbit (verb): circle around an object in space 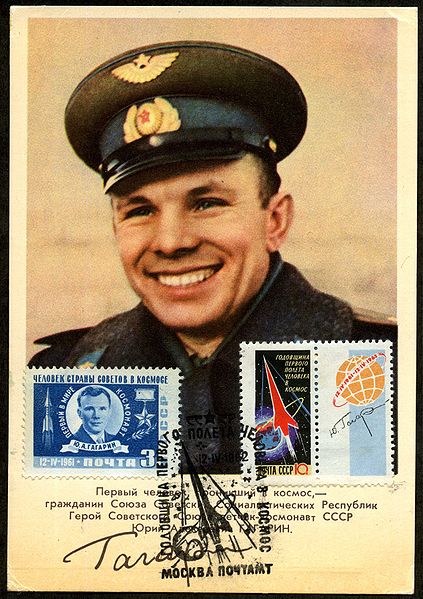 1. The first spacecraft to carry someone into space was launched from
a) Eastern Europe
b) North America
c) Central Asia

2. Major Yuri Alexeyevich Gagarin orbited the Earth for
a) under two hours
b) over 108 hours
c) around 17,000 hours