After many years of autocratic rule, the Shah of Iran flees the country amid growing opposition.

In 1979, Shah Mohammed Reza Pahlevi and his wife, Empress Farah, were forced to flee Iran and flew to Aswan in Egypt. He had ruled Iran since 1941 and had abolished the multi-party system of government so that he could rule through a one-party regime in an autocratic manner. Opposition to his rule increased during the 1970's until increasingly violent protests forced the Shah and his family to flee. Conservative Muslims led by the Ayatollah Khomeini staged a revolution and abolished the monarchy and established an Islamic Republic.

autocratic (adjective): relating to a ruler who has absolute power
flee (verb): run away quickly; escape
abolish (verb): get rid of entirely; remove forever
regime (noun): government (esp. an autocratic or repressive one)
conservative (adjective): preferring a traditional style of rule and less open to change
monarchy (noun): form of government with a royal family (king, queen, shah etc) at the top 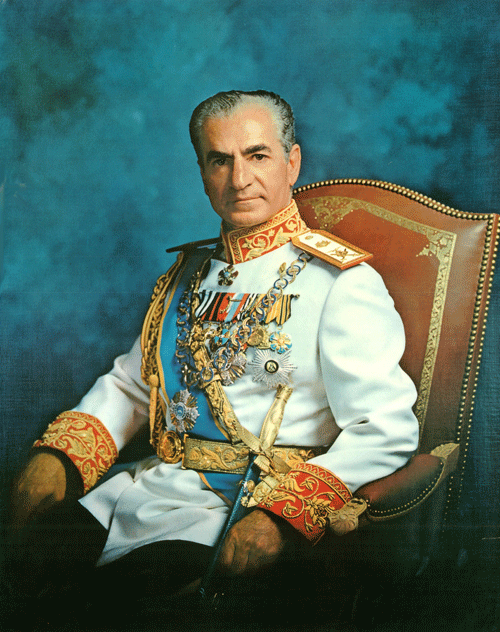 1. The Shah was forced to flee Iran because his regime couldn't stop
a) Muslim leaders
b) violent protests
c) democratic elections

2. Which of the following did not occur after the Shah's regime collapsed?
a) a new government was democratically elected
b) an Islamic Republic was established
c) the monarchy was abolished

3. Which political system is least likely to produce a dictatorial regime under an autocratic leader?
a) an absolute monarchy
b) a one-party state
c) a parliamentary democracy

Next Week: Nazi Death Camp At Auschwitz Liberated →
Contributor: Matt Errey. Matt is the author of several books including 1000 Phrasal Verbs in Context and Common English Idioms for learners, and Matt's ESL Games and Quizzes for teachers. He is also creator of WORD UP, the world's #1 EFL board game.