The War Ends In Vietnam

The South Vietnamese government surrenders to North Vietnam and the country is unified.

surrender (verb): give up the fight
backed (adjective): supported
supremacy (noun): extreme power; state of being superior to all others
fire-power (noun): the capability of weapons
unification (noun): the bringing together into one
communist rule (noun): the style of governing where property is publicly owned 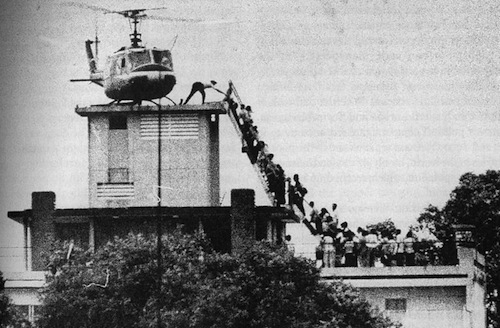 2. The fact that North Vietnamese forces defeated the US military surprised many because the US forces had
a) much better soldiers
b) much better training
c) much better equipment

3. Unification of a country can only occur after it has been
a) divided into independent states
b) attacked by a foreign army
c) under communist rule