Next Week: Declaration Of Independence Approved →

US General George Custer and all of his men are killed after attacking Native Americans.

In 1876, US General George Custer led an attack by the 7th Regiment of the US Cavalry against a gathering of Native Americans on the banks of the Little Big Horn River in Southern Montana. The now-legendary Native American Chief Crazy Horse led his own warriors in a counter-attack in which Custer and all of the 197 troops under his command were killed. This remains the greatest victory by Native Americans against what they saw as the invading forces of the US army.

Native Americans (noun): the first people to live in North America (before Europeans arrived)
regiment (noun): an army unit from a few hundred to a few thousand men
bank (noun): the edge of a river where it meets land
counter-attack (noun): an act of fighting back
victory (noun): a successful defeat over another; a win
invade (verb): enter an area forcefully 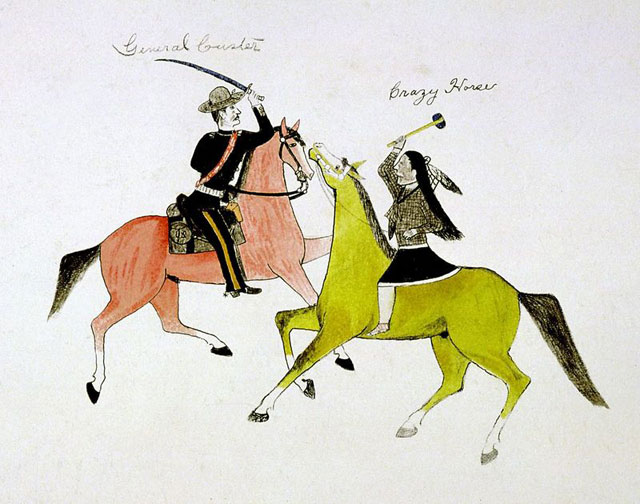 1. The leader of the Native American warriors was
a) Little Big Horn
b) George Custer
c) Crazy Horse

Next Week: Declaration Of Independence Approved →