comprise OR be comprised of? 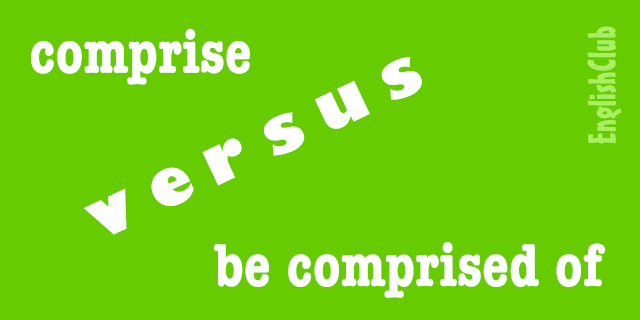 The forms comprise and be comprised of are virtually synonymous and can normally be used interchangeably.

meaning: consist of, be made up of

This usage of comprise—meaning consist of, be made up of—is not disputed. We use it as shown in the following example sentences:

The verb comprise can have a slightly different meaning: to be the parts that form something. This usage is less common. While it is certainly seen, including in good dictionaries, it is disputed by some people. Examples are:

meaning: consist of, be made up of

This form, be comprised of, has the same meaning as comprise. So we can take the above example sentences and reword them thus:

Some linguists claim that be comprised of is wrong and should never be used. But there is not much evidence to support their claims and they are fighting a losing battle since be comprised of is widely used by native English speakers and established writers; and even authorities such as the British Macmillan Dictionaries and American Merriam-Webster among others approve the use of be comprised of to mean the same as comprise.

Indeed, be comprised of meaning comprise is found in English writing since at least the early 18th century, including the works of major intellectuals and writers, for example:

The use of comprise of instead of comprise is generally regarded as incorrect in standard British and American English. Examples such as the following are therefore best avoided: