doublespeak (noun): deliberately ambiguous or obscure language designed to mislead, for example the military expression collateral damage instead of civilian deaths and injuries 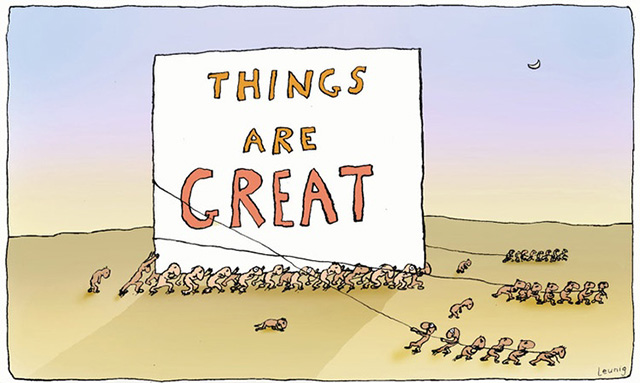 Doublespeak is language that deliberately distorts the truth, and sometimes reverses it completely. Doublespeak has been associated with "political language" and it is indeed widely used by politicians, government, the military and other centres of "authority".

When words lose their meaning, people lose their freedom.Confucius, Chinese Teacher 551-479 BC

I reminded [the soldiers] and their families that the war in Iraq is really about peace.President George W. Bush, April 2003

Interview with William D. Lutz, an American linguist who specializes in the use of plain language and the avoidance of deceptive language known as "doublespeak"

See examples of doublespeak here, with sample sentences and quizzes.