People have been raising animals like horses, donkeys, camels, goats, sheep and cows for thousands of years. They were raised for meat and skins as well as for milk¹. If female animals were producing milk to feed their young, people could also drink it if they milked² the animals. The milk spoiled if it wasn't drunk within a day or two, so people found ways to turn it into foods that lasted longer, and these foods became what we now call dairy foods. 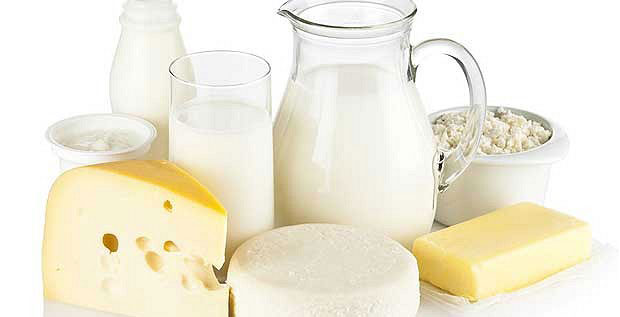 Most of the milk we drink these days is cow's milk. Like all milk, if cow's milk is left to stand it separates into a low-fat drink called skimmed milk and a top layer of thick, high-fat cream. Cream is used both in cooking and as a topping on desserts, but if it's stirred very quickly or "whipped" it gets even thicker and can be used in cakes and pastries as well. Cream can also be thickened by adding chemicals, and this type of cream is called double cream, heavy cream or whipping cream. If cream is whipped for a long time, it gradually turns into butter. Butter is used in cooking and also as a spread, but many people now use a butter-like substance made from vegetable oils or animal fats called margarine instead.

If milk is left for a few days, soft lumps called curds begin to form. If the curds are removed and drained, a soft cheese is made. If they're also pressed, a harder cheese is made. The most popular soft cheeses include ricotta and cottage cheese as well as creamy table cheeses like Brie and Camembert. Semi-soft cheeses include feta, a Greek cooking cheese made from goat's milk that's also used in salads, and Mozzarella, an Italian cheese that's often used in pizzas.

Semi-hard cheeses with a mild taste include Gouda, Edam and many Swiss cheeses in which holes called "eyes" are found. These cheeses are often made in wheel-shaped moulds¹, and this is why they're usually sold in wedge-shaped pieces. Harder and stronger-tasting cheeses like Cheddar and Cheshire can be used as both cooking and table cheeses, as can many blue cheeses like Gorgonzola and Stilton that have a blue mould² inside that gives them a special flavour. The hardest cheeses like Parmesan are usually grated and sprinkled over other foods like spaghetti sauce to make them even tastier.

In many countries the best-selling cheeses are processed cheese and cream cheeses that are made in factories and have chemicals added that change their colour and taste. They're cheap to make, but most cheese lovers say they're tasteless and never eat them.

Milk is also used to make ice-cream, Italian gelato and yoghurt, a dairy product that's made by adding a special bacteria to milk that makes it firmer and gives it a sour taste. Milk can also be dried to make powdered milk that's used to make chocolate and a processed food for babies called infant formula. Companies that make infant formula spend huge amounts of money marketing it as a healthy alternative to natural mother's milk, but most doctors say mother's milk is much healthier because it contains important elements that infant formula lacks. 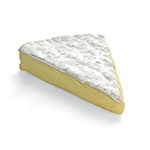 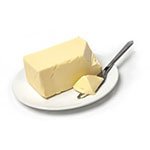 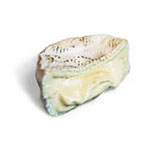 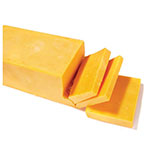 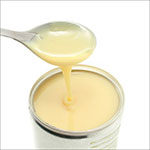 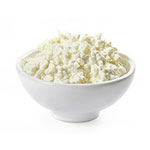 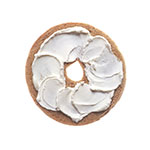 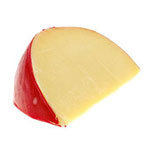 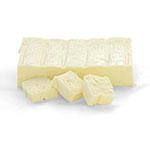 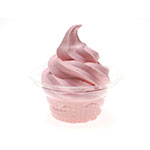 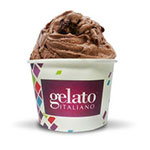 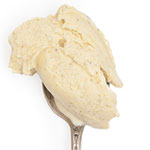 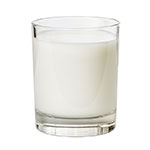 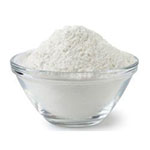 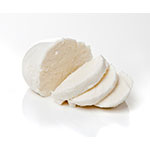 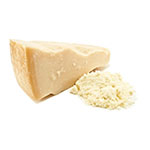 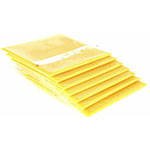 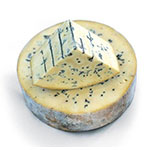 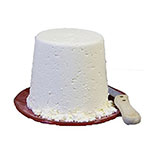 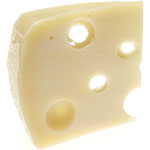 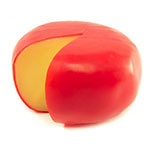 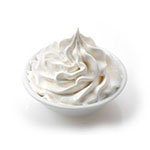 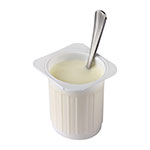 butter (noun): a solid, pale yellow dairy food made by churning cream - Oh no! We've run out of butter!

cheese (noun): a soft or hard food made from milk curds that's used in cooking or eaten on crackers, bread, etc. - The best cheeses are really expensive.

cottage cheese (noun): soft, lumpy white cheese made from skimmed milk curds - Would you like some cottage cheese in your sandwich?

cream (noun): thick, high-fat liquid from milk that's used in cooking and with desserts - We had fruit salad and fresh cream for dessert.

cream cheese (noun): a soft smooth white cheese with a very mild taste - We could have some crackers and cream cheese.

dairy foods (noun): milk and all the foods made from milk - All the dairy foods are up the back of the supermarket.

margarine (noun): a butter-like substance made from vegetable oils or animal fats - You don't like margarine more than butter, do you?

milk¹ (noun): 1. a natural liquid food that female mammals produce for their young 2. cow's milk - Do you have milk in your coffee?

milk² (verb): to get milk from a cow or other animal, either by hand or with a milking machine - We milk our cows every morning and evening.

mould¹ (also "mold" US spelling) (noun): a container that gives a solidifying liquid its final shape - They must use rectangular moulds to make their hard cheeses.

mould² (noun): tiny green, blue, or white fungi that can grow on or in certain foods - How much mould should a blue cheese have?

powdered milk (noun): a powder made from dried milk - Carrying powdered milk is better because it's lighter than milk.

skimmed milk (also US "skim milk") (noun): milk that's had the cream taken out of it - Skimmed milk has less fat than full cream milk.

Swiss cheese (noun): any semi-hard cheese with holes in it - Can you slice some Swiss cheese for the sandwiches?

table cheese (noun): any cheese that's meant to be served at table rather than used in cooking - Of all their table cheeses, the Jarlsberg is best.

yoghurt or yogurt (noun): a soft dairy food made by fermenting milk - My kids love those little containers of yoghurt with bits of fruit in them.