Foods like fruit, nuts and certain shellfish can be eaten raw, but most of the food we eat is cooked. It can be cooked outdoors over a campfire or on a barbecue, but most food is cooked indoors in a room called a kitchen. Kitchens have their own specially-designed fixtures and electric appliances as well as many smaller items of kitchenware for preparing and cooking food and making drinks.

Kitchen fixtures include sinks for rinsing food and washing the dishes, benches on which food is prepared, and drawers in which kitchen utensils and eating utensils are kept. Kitchens can also have shelves and cupboards for storing cooking pots and pans and other kitchenware along with tableware like dinner plates, soup bowls, coffee cups and wine glasses. They might also have special furniture such as a kitchen table and chairs at which quick meals can be prepared and eaten.

Photo: A typical modern kitchen with many kitchen fixtures and appliances.

The one appliance that all kitchens must have is a stove or cooker. Some kitchens have a large all-in-one gas or electric stove with several gas rings or electric hotplates on the top, a grill or broiler underneath, and an oven under the grill for baking and roasting. Instead of having an all-in-one stove like this, a kitchen can have a single or multiple hotplate that sits on a bench along with a microwave or toaster oven and a separate electric grill.

Modern kitchens also have a refrigerator with a cooler for keeping food and drinks cold and a freezer for storing frozen foods. Most kitchens also have a toaster for making toast, an electric water boiler or kettle for making tea and coffee, and a blender for making fruit smoothies and milkshakes. Other common appliances include food processors, rice cookers, coffee makers and machines, and dishwashers of various sorts.

Modern kitchens are also full of kitchenware of two basic kinds; cookware, meaning pots, pans and cooking dishes, and kitchen utensils like kitchen knives and stirring spoons. Many different kinds of cookware are used in different parts of the world, but the most common include cooking pots, saucepans, frying pans and woks. Cookware that's only used in an oven is called ovenware and includes metal baking trays, cake tins and roasting pans as well as heatproof ceramic or glass casserole dishes, pie dishes and other ovenproof cooking dishes.

Common kitchen utensils found in most homes include a set of very sharp kitchen knives, some wooden stirring spoons, a spatula, a grater, a soup ladle, a vegetable peeler and a pair of kitchen tongs. Other items found in kitchens include chopping boards, measuring cups, mixing bowls, colanders, cooking timers, oven mitts or gloves, tea towels or dishtowels, and so on. 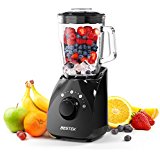 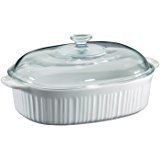 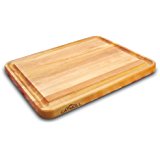 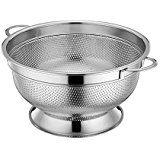 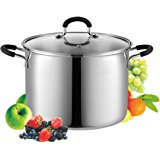 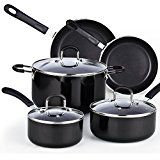 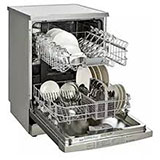 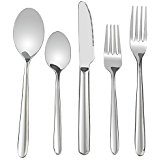 eating utensils or cutlery (UK) or silverware (US) 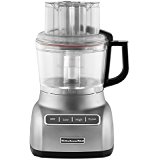 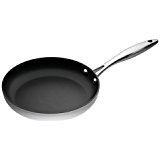 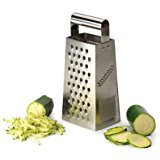 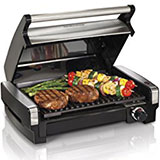 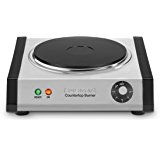 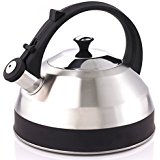 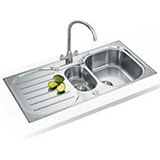 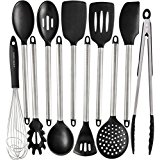 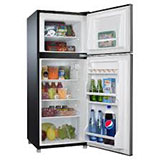 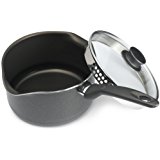 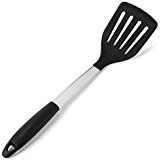 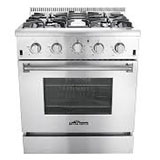 stove or cooker or range 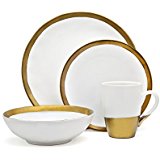 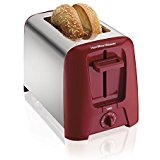 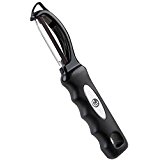 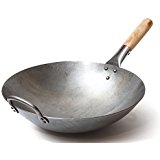 appliance (noun): a piece of equipment that performs a special task in the home - The most expensive appliances are a stove, a refrigerator and a washing machine.

baking tray (also US "baking sheet") (noun): a metal tray that slides into an oven, on which food can be cooked or heated up - How many cookies can we bake on this baking tray?

barbecue (noun): a cooking appliance for frying or grilling food outdoors - Did you put the gas bottle for the barbecue in the car?

blender (noun): an appliance for turning soft foods into a smooth liquid - If you've got a blender, you can make milkshakes and smoothies.

casserole dish (also "casserole") (noun): a large dish with a lid for cooking stew-like dishes in an oven - Among our wedding gifts were three casserole dishes!

colander (noun): a bowl with small holes in it, used for washing raw foods or draining boiled water from cooked foods - Boil the spaghetti in water for a few minutes and then pour the spaghetti and water into a colander.

cooking pot (noun): any deep round container for cooking such as a stockpot in which soups and stews are cooked - All our pots are in that cupboard next to the stove.

cookware (noun): cooking pots, pans and baking dishes - Cookware can be made of metal, steel or a heatproof ceramic or glass material.

dishwasher (noun): a machine that can wash kitchenware and tableware like dirty dishes - Our friends have dishwashers, but we wash the dishes by hand in the sink.

fixture (noun): a piece of equipment or furniture that's fixed in one position - The kitchen has the usual fixtures, including a sink, a bench, shelves, cupboards and drawers.

food processor (noun): a machine that can chop, mix, blend or liquefy food - Before chopping nuts in a food processor, you have to change the blades.

frying pan (also "frypan") (noun): a shallow pan with a long handle for frying foods - Cook the chopped onion in a frying pan until it's turning brown.

grater (noun): a kitchen tool with a surface full of small, sharp-edged holes that can cut food into tiny slices - Where do you keep your grater?

grill (also US "broiler") (noun): an appliance or part of a stove that radiates strong heat directly onto food - Is the fish grilled under a gas grill or an electric grill?

hotplate (noun): a round, flat cooking surface on an electric stove - Which hotplate does this temperature knob control?

kettle (noun): a container with a lid, spout and handle in which water is boiled - I'll put the kettle on we'll have a nice cup of tea.

kitchen (noun): room in a home or restaurant in which food is prepared and cooked - It's a small kitchen but it's got everything we need.

kitchenware (noun): kitchen utensils, cookware and other items used to prepare or cook food - The kitchenware department's on the third floor.

oven (noun): an enclosed cooking space with a door and temperature controls - I only use the oven to bake pies and roast vegetables.

refrigerator (or "fridge") (noun): an appliance in which food and drinks are kept cool or frozen - There's some pizza in the refrigerator we could heat up.

saucepan (noun): a deep round pan with a lid and long handle for cooking on a hotplate - Bring some water to the boil in a saucepan and then put the potatoes in.

sink (noun): a basin with taps and running water that's fixed into a wall or bench - Don't leave your dirty dishes in the sink. Wash them!

spatula (noun): a kitchen utensil with a handle at one end and a wide flat blade at the other for moving frying food - Turn the pancakes over with a spatula when they're ready.

stove (also "cooker" or "range") (noun): a cooking appliance with several electric elements or gas burners - My grandma used an old wood-burning stove until she got her first gas stove.

the dishes (noun): all the items that need washing after a meal has been prepared and eaten - Whose turn is it to do the dishes tonight?

tongs (noun): a tool with two arms that can be pushed together to pick something up - Use the tongs to put food on customers' plates, not your fingers!

wok (noun): a bowl-shaped metal frying pan from Asia - If you're frying in a wok, you'll need a curved spatula to stir with.